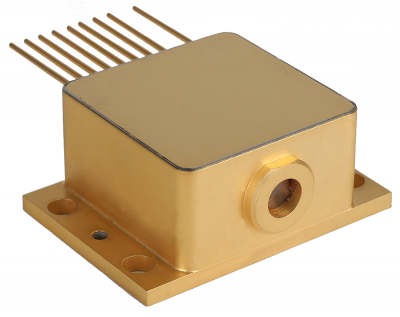 mirSense has launched a new quantum cascade laser product line covering the 10–17 µm region enabling spectroscopic analysis of concentrations of polluting molecules like BTX and CH3i. BTX refers to the chemicals benzene, toluene and xylene which are toxic volatile organic compounds that are principally emitted by the petrochemical industry. BTX are also frequently produced and released in the atmosphere during large fires or industrial accidents. The detection of BTX is then a major issue for environmental monitoring and safety and the new mirSense lasers provide the following wavelengths: 674 cm–1 for benzene, 727 cm–1 for toluene, 746 cm–1, 767 cm–1 and 795 cm–1 for xylene. CH3i refers to “methyl iodide”, a radioactive toxic molecule that spreads in the gas phase and thus is a major concern for public safety in case of nuclear powerplant accidents. When a serious accident occurs at a powerplant, plant operators seek to assess the problem to avoid a long costly plant shutdown and measuring CH3i can be a way to help assess quickly the problem. This is now possible at 885 cm–1 with the new lasers.