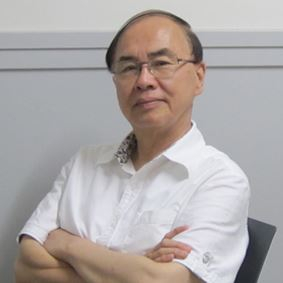 The Charles Mann Award for 2020 will be presented to Professor Yukihiro Ozaki of Kwansei Gakuin University. The award recognises an individual who has demonstrated advancement(s) in the field of applied Raman spectroscopy presented at the FACSS SciX conference; and/or demonstrated dedication to the advancement of the Raman spectroscopy programme at the FACSS SciX conference and/or the ASTM Raman subcommittee.

The Charles Mann award for Applied Raman Spectroscopy was instituted by FACSS in 2002 following the untimely death of Professor Charles (Charlie) Mann. Professor Mann was a well-known and long-standing member of the faculty of Florida State University (FSU). Professor Mann and his faculty colleague, Professor Tom Vickers, contributed significantly to the development of analytical Raman spectroscopy via publications, participation at numerous meetings including the annual FACSS meeting, and participation in the ASTM sub-committee on Raman spectroscopy E13.08. Professor Mann’s research areas covered from the fundamental including data analysis (chemometrics and databases), quantitative Raman, and instrumental understanding to the applied, polymers, inorganics etc.

Yuki Ozaki obtained his PhD (1978) degree from Osaka University, Osaka, Japan. After that he spent two years and a half at the National Research Council, Canada as a research associate and then he joined the Jikei University School of Medicine in Tokyo in 1981 as an assistant professor. Immediately after joining the medical school he started studies of medical applications of Raman spectroscopy, particularly non-destructive Raman studies on cataract genesis. In 1980s he was also involved in Raman microscope studies of gallstones. In 1989 he moved to Kwansei Gakuin University. In early 1990s using FT-Raman he demonstrated the potential of Raman spectroscopy in exploring cancer tissues at the molecular level. In 1997 he started biomedical applications of SERS. He published a number of papers on SERS immunoassay and label-free protein detection. Also, he has been one of driving forces in the investigations of both electromagnetic and chemical mechanisms of SERS. Recently, Professor Ozaki reported non-destructive diagnosis of oesophageal cancer in an early stage with Raman spectroscopy. In this study he employed new idea in chemometrics (a kind of neural network) for the diagnosis of cancer tissues. Professor Ozaki has carried out interesting Raman spectroscopy studies on fundamental biology; for example, he reported non-destructive analysis of mouse embryo development and its qualitative evaluation using Raman spectroscopy.

Professor Ozaki received many awards including the 1998 Tomas Hirschfeld Award, the 2001 EAS Award, Gerald Birth Award (2006), Bomem–Michelson Award (2014), the Chemical Society of Japan Award (2017), the Medal with Purple Ribbon from the Japanese Emperor (2018) and the Pittsburgh Spectroscopy Award (2019).