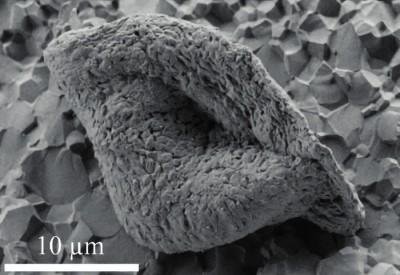 Scientists have confirmed that 3.4 billion year old microfossils from Western Australia’s Strelley Pool formation had chemical characteristics similar to modern bacteria. This all but confirms their biological origin and ranks them amongst the world’s oldest microfossils. The work was presented at the Goldschmidt geochemistry conference in Boston, USA, with simultaneous publication in Geochemical Perspectives Letters (https://doi.org/10.7185/geochemlet.1817).

The Strelley Pool formation is located about 1500 km from Perth, WA, Australia. They are probably simple prokaryote bacteria, i.e. without a cell nucleus or other sub-cellular bodies.

A team of scientists, led by Dr Julien Alleon (IMPMC, Paris, France; and MIT, Cambridge, MA, USA) have been able to show that the chemical residuals from ancient microfossils match those of younger bacterial fossils, and so are likely to have been laid down by early life forms. They compared the results of synchrotron-based X-ray absorption spectroscopy analysis of the Strelley Pool microfossils with more recent ones from the Gunflint Formation (1.9 billion years old, found on the shores of Lake Superior, Ontario, Canada) and with modern bacteria. All showed similar absorption features, indicating that the residual chemicals were made from the same building blocks, thereby supporting a biological origin (see illustration below).