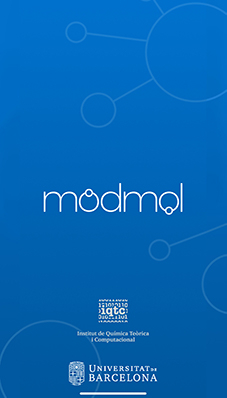 The Institute of Theoretical and Computational Chemistry of the University of Barcelona (IQTCUB) has launched the ModMol app for the visualisation and editing of molecules in an augmented reality environment. ModMol creates a three-dimensional molecular representation of organic and inorganic systems and biomolecules. At the moment, it works with 115 molecules on which it can offer general information such as the chemical formula or its properties. Among other things, it can find the structure of acetic acid, cholesterol and caffeine, as well as polymers, carbon nanotubes and proteins. The database of compounds is updated constantly, and its aim is to include significant examples of each of the groups of the most relevant chemical structures.

ModMol enables users to edit molecules using any element of the Periodic Table and it has a library of standard fragments that can be used. The program has two building modalities, which enables the creation of molecules from the very beginning, and the addition of any molecule that has been previously loaded, so can molecular structures designed by users can be seen and manipulated.

This tool is primarily intended to help Chemistry, Chemical Engineering, Biology or Pharmacy students to visualise molecular structures, with special emphasis on aspects such as stereochemistry. Students will be able to easily observe three-dimensional structures of different molecules and nanostructures, at the same time as studying their chemical–physical properties and their reactivity, thus complementing available didactic material.