ICP-MS used for the characterisation of microplastics 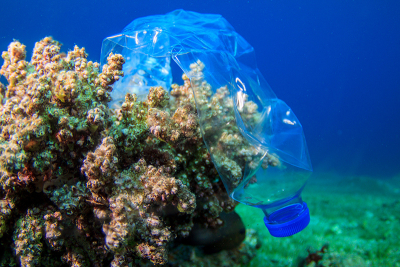 A team of researchers from Ghent University (UGent) and VITO (an independent Flemish research organisation in the area of cleantech and sustainable development) has now developed a method based on inductively couple plasma-mass spectrometry (ICP-MS) for the characterisation of microplastics (MP). The approach relies on the ultra-fast monitoring of transient signals (with a detector dwell time of only 100 µs) when using a quadrupole-based ICP-MS instrument in single-event mode and registering the signal spikes produced by individual microparticles by monitoring the signal intensity at a mass-to-charge ratio (m/z) of 13 (13C+). Spherical polystyrene microspheres of 1 µm and 2.5 µm—to mimic MPs coming from plastic waste—have been detected using ICP-MS, thus demonstrating the potential of the technique for providing information on the mass concentration (concentration of C per volume of water), particle number density (number of particles per volume of water) and size distribution of the MPs present. Further research is required before the newly introduced method can be used routinely, or for detecting and characterising MPs of even lower sizes (hence also addressing the nanoparticles). Development of adequate sample preparation techniques for separating plastic microparticles from fragments of animal or plant origin is also required. Despite the need for further optimisation, the introduction of this novel method is considered a breakthrough as the technique has the potential to provide crucial information needed in studies on the environmental impact of MPs and their influence on human health, while demonstrating a high sample throughput.

The work is reported in Journal of Analytical Atomic Spectometry.