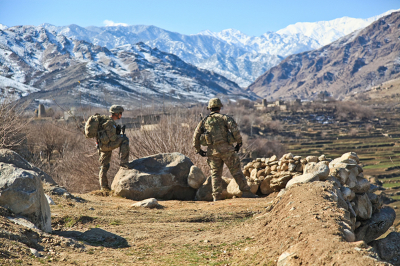 More than a quarter of a million US, UK and other Allied nations’ servicemen and women have endured Gulf War Illness since the Persian Gulf War in 1991, 30 years ago. The illness has a range of acute and chronic symptoms, including fatigue, headaches, joint pain, indigestion, insomnia, dizziness, respiratory disorders and memory problems, and appears rooted in neurological impairment.

It has long been plausibly alleged that the soldiers inhaled significant quantities of depleted uranium from allied munitions used on the battlefield and suffered from its toxic and mildly radioactive effects. For decades, medics and scientists have been looking for the elusive cause of Gulf War illness.

Research at the University of Portsmouth tested US Gulf War illness sufferers to examine levels of residual depleted uranium in their bodies using multi-collector ICP-MS. Their study proves conclusively—and, for many, surprisingly—that none of them were exposed to any significant amounts of depleted uranium.

The testing took into account the predicted decline in depleted uranium from normal metabolism over the time since potential exposure and testing, by using a highly sensitive method of testing in conjunction with metabolic modelling.