An international research project led by Kazuyuki Takeda of Kyoto University and Koji Usami of the University of Tokyo has developed a new method of light detection for nuclear magnetic resonance (NMR) by up-converting NMR radio-frequency signals into optical signals. This new detection method has the potential to provide more sensitive analysis compared with conventional NMR. Its possible utilisation in higher-accuracy chemical analysis, as well as in magnetic resonance imaging (MRI) technology, are also of interest.

“NMR is a very powerful tool, but its measurements rely on amplification of electrical signals at radio-frequencies. That pulls in extra noise and limits the sensitivity of our measurements”, explains Dr Takeda. “So we developed an experimental NMR system from scratch, which converts radio-frequency signals into optical ones.”

The principle behind this “up-conversion” is a new hybrid quantum conversion technology. The team worked to integrate this system into NMR, eventually building a device that connects electronics to mechanics, and then to optics. The material linking all three systems is an elastic membrane of silicon nitride.

“We constructed a capacitor by vacuum-depositing a metal layer onto the silicon nitride membrane”, explains co-author Dr Usami. Using this with an inductor, they built a resonator to detect NMR signals, and next constructed an optical cavity using the metal layer as a mirror. “The incoming electric NMR signal shakes the membrane, causing motion that is detected by an optical interferometer.” 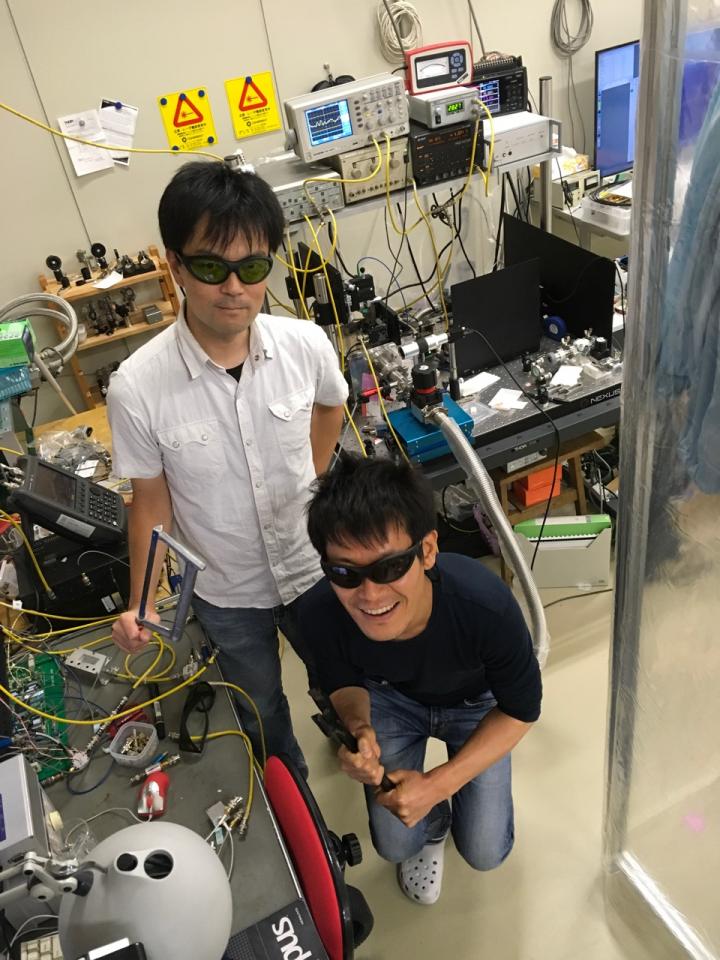 The team believes that the success of this optical detection can push the spectroscopy method even further, with the hope that this increased accuracy in detection and characterisation of materials can be utilised in multiple scientific disciplines.

Kazuyuki Takeda concludes, “Various methods for optical NMR detection have been reported, and while some are highly sensitive, they have so far lacked widespread applicability. Our new scheme has proven to be both versatile and applicable to a wide range of materials.”

The work has been published in Optica.