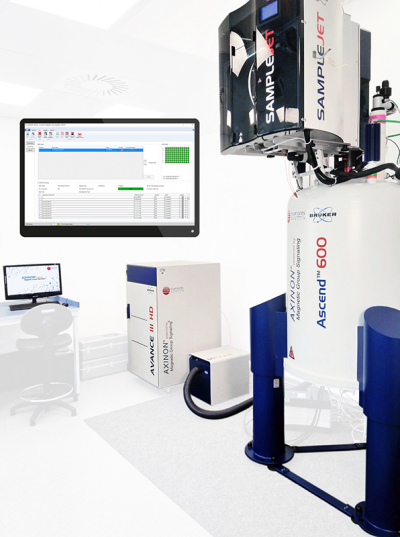 NMR diagnostics company numares AG has signed an exclusive licence agreement with Oxford University Innovation. This allows numares to translate and exploit preliminary work of Oxford University on Multiple Sclerosis (MS) biomarkers for the development of an in vitro diagnostics (IVD) test able to detect disease progression earlier to improve patient management and outcome. The exclusive licence enables numares to further develop the biomarkers into a multi-marker based diagnostic test and commercialisation thereof.

In about 85 % of patients with MS, the disease initially takes a relapsing-remitting course. Most patients with “relapsing remitting multiple sclerosis (RRMS)” will eventually transition to “secondary progressive multiple sclerosis (SPMS)” with continuous worsening of symptoms. This transition occurs subtly and is difficult to define clinically, requiring retrospective evaluation of the disease course over the past 12 months. This delay in diagnosis prevents timely adoption of treatment regimens for effective patient management and improved long-term clinical outcomes.

The collaboration between Oxford University and numares began in 2017 (see https://www.spectroscopyeurope.com/news/numares-ag-and-oxford-university-collaborate-development-nmr-based-multiple-sclerosis) with the common goal to validate a set of biomarkers, which had been previously identified by Oxford researchers, for detecting the transition from RRMS to SPMS. This used clinical data acquired from a multi-centre cohort collected by Oxford’s partners. numares provided its proprietary AXINON® IVD System that delivers standardised Magnetic Group Signaling (MGS®) measures of metabolite levels in patient samples from NMR spectroscopy. Based on such NMR data, the company develops multi-marker algorithms for several diagnostic tests, by combining relevant biomarkers into “biomarker constellations” and applying machine learning and other modelling approaches.

The IVD development will start in 2022. In early 2021, both parties also agreed to extend their partnership for another two years and expand the approach of multi-marker use in diagnostics to the field of Alzheimer’s disease.