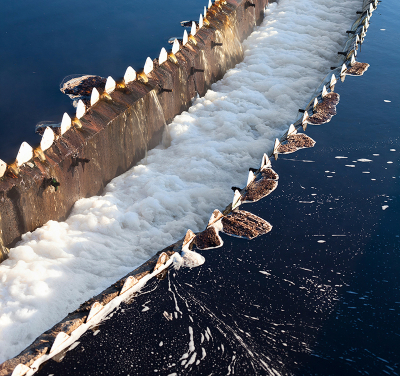 Analytical techniques have been used for many years to monitor chemicals in sewage, for instance tracking cocaine use through its metabolites. Now, an extensive analytical study has been coordinated with the 2016 Australian Census. In a paper published in Environmental Science & Technology Letters, Dr Saer Samanipour of the Van 't Hoff Institute for Molecular Sciences (HIMS) in Amsterdam reported on the use of liquid chromatography tandem mass spectrometry for analysis of municipal wastewater as a predictor for population socioeconomics.

The study was carried out jointly with colleagues at the Queensland Alliance for Environmental Health Sciences of the University of Queensland, Australia. By coinciding the sampling phase of the study with the 2016 Australian Census, the researchers were able to correlate the socioeconomic characteristics of Australian communities (following from the census) with sewage composition (following from chemical analysis).

The researchers collected samples from more than 100 sewage-treatment plants and analysed these for the occurrence of “marker” chemicals such as nicotine, caffeine, amphetamine and many more. In total, they looked for 40 chemicals that revealed smoking habits, dietary characteristics and the use of drugs, antidepressants and antipsychotics.

The extensive chemical analysis of all samples, combined with advanced data analysis, led to the conclusion that the chemical fingerprint of sewage is a quite accurate predictor of the demographic make-up of the community connected to the sewage plant. The researchers developed a model based on their results and tested this with data from nine sewage plants not included in the initial analysis. For the communities around these plants, they were able to estimate key data on education, occupation, income, social life, housing and more within a 25 % error margin. They were able to make quite specific predictions ranging from the number of people that had finished secondary school to the number of single parents and car owners.

The researchers conclude that wastewater analysis can be a valuable technique for assessing population socioeconomics, complementary to the vastly more expensive and logistically challenging method of a census.