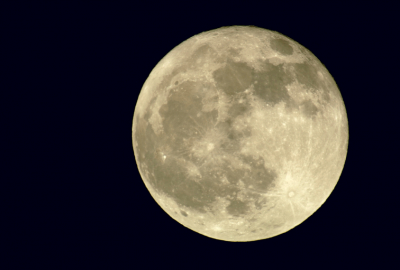 Researchers are developing instruments and methods for measuring the ages of rocks encountered during space missions to the Moon or other planets. Many of the techniques used to date rocks on Earth are not practical in spaceflight, but a technique called laser ablation resonance ionisation mass spectrometry can avoid the need for sophisticated sample preparation.

A team led by Dr. F. Scott Anderson has now demonstrated that this technique can successfully date an Earth rock—the Duluth Gabbro—that is analogous to the rocks that cover one-third of the lunar nearside. Their results, published in Rapid Communications in Mass Spectrometry, imply that events from Solar System history that are recorded on much of the visible face of the Moon can one day be dated directly by instruments aboard a lunar lander.

“We can see cratered terrains on the Moon whose ages we don’t know within a billion years,” says Dr Anderson. “Ages of lunar terrains are the linchpin for understanding the sequence of planetary-scale events from Mercury to Mars, so filling this gap in our understanding of the Moon will help us correct or re-write the history of volcanism, planetary evolution, water and life in the Solar System.”

Dating the Duluth Gabbro was approximately 30 times more analytically challenging than our previous experiment, dating the Martian meteorite Zagami, noted co-author Dr Jonathan Levine. “We are now continuing to analyse planetary samples of increasing complexity,” he said. The researchers have proposed to NASA to send a dating mission to the Moon called MARE: Moon Age and Regolith Explorer.