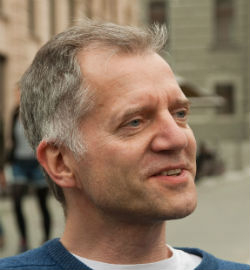 The Novo Nordisk Foundation has awarded a grant of DKK 60 million for an ambitious new research programme in clinical proteomics at the Novo Nordisk Foundation Center for Protein Research, University of Copenhagen. This project is to be led by Professor and Programme Director Matthias Mann. Matthias Mann has authored and co-authored more than 500 publications with a total citation count of more than 100,000, making him one of the most highly cited researchers worldwide.

“It is an honour that the University of Copenhagen can manifest itself among the international elite of frontline protein research with a world leading scientist such as Professor Matthias Mann. Translation of basic research to the patient’s benefit is among our major missions and we could not have wished for a stronger initiative to achieve this goal,” says Ulla Wewer, Dean at The Faculty of Health and Medical Sciences.

Professor Mann has received the grant from the Novo Nordisk Foundation to “establish, develop and execute” a research programme focused on mass spectrometry based discovery of blood protein biomarkers for preventive and predictive medicine with a focus on type 2 diabetes, obesity and the metabolic syndrome.

“With this new research program in clinical proteomics, we will develop methods to rapidly measure hundreds of proteins in only a finger prick of human blood by mass spectrometry. These data will be tremendously informative about a person’s health or disease state,” says Professor Mann.

Professor Mann has already helped to place the Novo Nordisk Foundation Center for Protein Research (CPR) on the world’s scientific map. His research has been behind the major technological advances in proteomics including translating the power of mass spectrometry to patient-derived tissues and body fluids.

Professor Matthias Mann will launch the new research programme in October and envisions that proteomics technology will be adopted on a wide scale in the future: “Eventually transforming how diseases are diagnosed and even more importantly, how they can be avoided in the first place,” adds Professor Mann.

“The decision of Professor Mann to establish clinical proteomics at CPR provides our Center and indeed Denmark with a historically unprecedented opportunity to launch and lead one of the most promising areas of biomedical research. I am extremely positive about this ambitious initiative”, says CPR’s executive director Jiri Lukas.