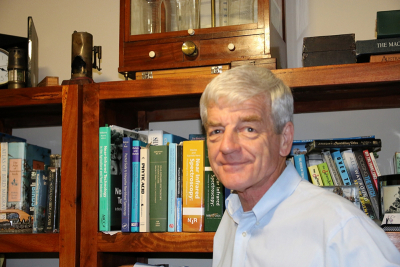 The Karl Norris Award honours the unique contribution of Karl Norris as the internationally recognised founder of NIR spectroscopy in the modern world. In contrast to the Tomas Hirschfeld Award, which is aimed at younger researchers, this award is aimed at researchers in the later stages of their career, with a sustained record of important contributions to NIR spectroscopy. The winner for 2019 is Dr Graeme Batten from Australia. Graeme started his NIR career working for New South Wales (NSW) Agriculture, Yanco, Australia. He and his team were pioneers in developing NIR technology for rice and other cereal grains. He had been working intensively on using NIR on precision agriculture since 2000. As Editor-in-Chief of the Journal of Near Infrared Spectroscopy (JNIRS) for over 10 years from 2005, Graeme has dedicated body and soul to the continuing success of the journal. His feedback and teaching have helped many scientists around the world to get a successful paper published.

Zika detection by NIR spectroscopy a potential lifesaver
24 May 2018