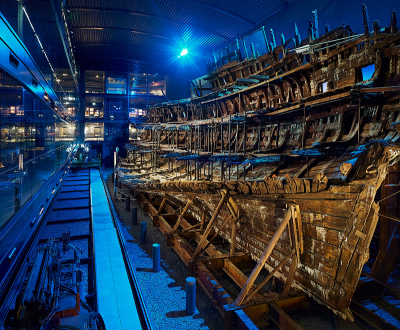 The Mary Rose is a Tudor warship—the flagship of Henry VIII’s navy—which sunk in 1545 in the Solent, just off Portsmouth on the south coast of what is now the UK. The wreck of the Mary Rose was discovered in 1971 and was finally raised from the seabed in 1982. There followed decades of treatment of the ship to remove Cl, S and other elements that would degrade the wooden hull. This work is mostly complete and the Mary Rose is now in a purpose-built museum in Portsmouth’s historic dockyard. 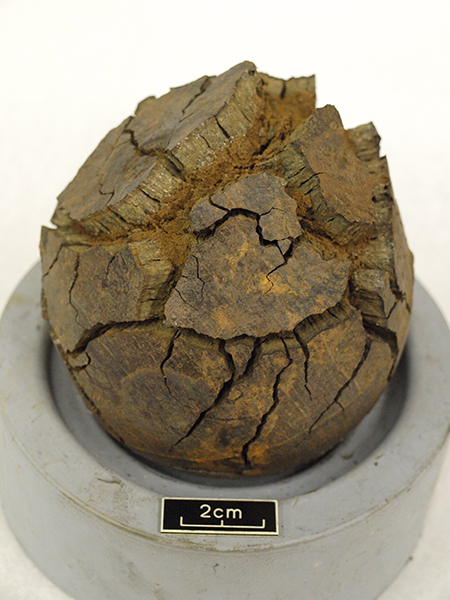 Soon after the remains of the ship and her artefacts were moved into the new museum, corrosion of some of the 1200+ iron shot (cannonballs) from the wreck was seen. Whilst these had all undergone preservation by immersion in sodium sesquicarbonate solution, it transpired that this only removed Cl from the outer surfaces. Chlorine remained trapped in pores in the iron in the form of hibbingite [β-Fe2(OH)3Cl]. On exposure to oxygen at near-neutral pH, this phase rapidly oxidises to β-FeO(OH). In the Mary Rose shot, it is thought that this transformation occurred during later treatment stages, due to a combination of pH change and surface removal. Chlorine x-ray absorption near-edge spectroscopy (XANES) spectra have shown that, even years after the conservation, it is possible to differentiate iron corrosion products formed during treatment.

Something needed to be done to conserve the iron shot and it was down to Dr Eleanor Schofield, Head of Conservation for the Mary Rose Trust, to find the answer. Dr Schofield and the Mary Rose Trust have a long relationship with the UK’s synchrotron, Diamond Light Source, having used its facilities to study degradation of the wooden hull. Following consultation with Mary Rose curators, it was agreed in 2016 to sacrifice 1% of the iron shot, many of which were already showing signs of damage. Dr Schofield pointed out: “We knew that we needed to really delve into the material and find out what was going on, and that this would require destructive sampling. This decision was not taken lightly, and was justified by sacrificing a small percentage of our collection for the benefit of the rest and other collections around the world which suffer the same problem.” The results of this initial work are reported in Angew. Chem. Int. Ed.. 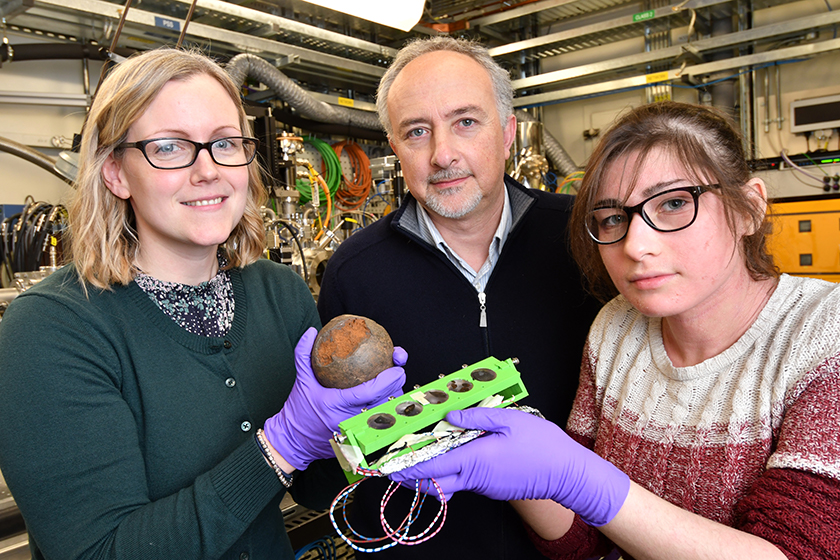 Diamond’s Long Duration Beamline, I11, has been designed to enable experiments to run over extended periods. It is the only one of its kind and has automation to facilitate the running of multiple experiments. It occurred to Hayley Simon, who is studying for a PhD at University College London Institute of Archaeology and at Diamond and has been working with the Mary Rose Trust, that the x-ray diffraction facilities of I11 would be ideal for a long-term study of different conservation methods/solutions.

An experiment is being finalised on I11 in which multiple samples of iron shot will be kept in baths of different preservation solutions. These will be examined weekly by grazing-incidence x-ray diffraction to build up a picture of the removal of Cl and the chemistry of the treatments. The aim being to find the optimal conservation strategy. 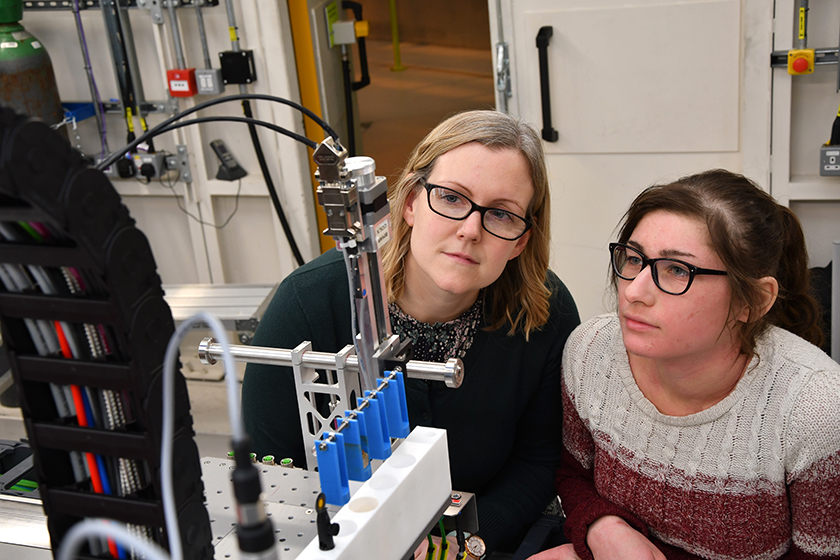 The Mary Rose iron shot were all raised from the sea at the same time, made at the same time and are of very similar construction—as only one iron blast furnace existed in Britain at the time of the Mary Rose’s construction. This means that once a solution has been found, all the shot can be conserved and the methods disseminated globally to help all those whose conservation work involves maritime or iron-rich artefacts. 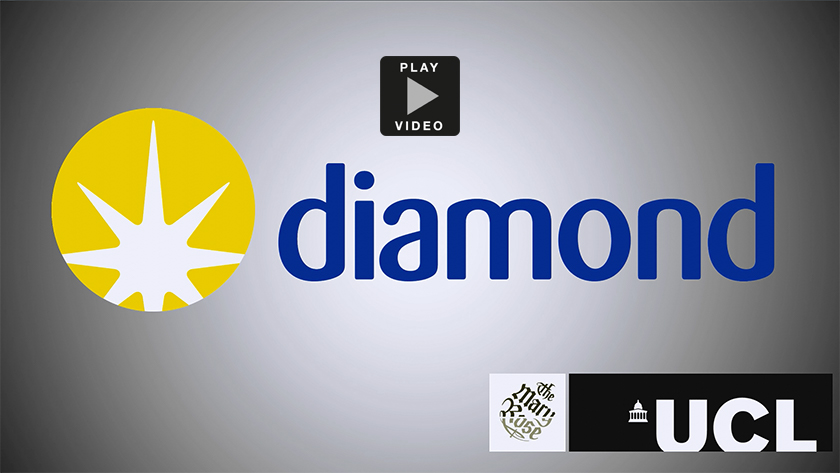