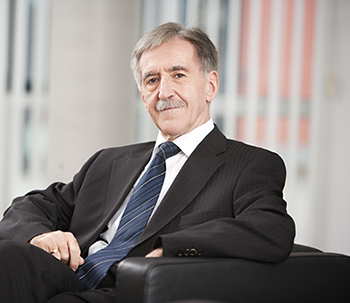 Analytik Jena AG was founded in spring 1990 during the time of German reunification as a sales company and, with commercial register number 27, was one of the first companies founded in East Germany after the fall of the Berlin wall. With capital of 6000 East German marks, the founders Klaus Berka and Jens Adomat, together with Walter Maul, who left at the end of 1990, started Analytik Jena GmbH as a “sales company for analytical instruments” for large multinational corporations in the new German states. Today the company is an internationally active group with more than 1100 employees and revenue of more than €120 million in the 2013/2014 financial year.

“There is no longer any relevant market in which we are not represented with our laboratory analytical instruments”, CEO Klaus Berka said. The Company exports approximately 75%, selling in more than 90 countries.

The acquisition of the lab analysis technology division from Carl Zeiss Jena GmbH in December 1995 represented a turning point, and, from then on, the Company acted as a developer, manufacturer and provider of innovative high-tech products, with which the Company has been able to survive and grow in the face of competition from large corporations in the global market. “In our relatively short corporate history, we have already made enormous progress with only a few setbacks. Particularly at the beginning, we assumed large risks—primarily financial ones—including the risk of failure”, Klaus Berka recalled.

On the morning of 1 September 2015, Analytik Jena celebrates the 25th anniversary of its founding. A total of 1000 employees and guests are expected at the event in the New Weimar Hall congress centre. Welcome speeches will be delivered by Wolfgang Tiefensee, Minister for Economics, Science and Digital Society of the Free State of Thuringia; Dr Albrecht Schröter, Mayor of the City of Jena; Professor Dr Klaus Dicke, former Rector at the Friedrich Schiller University Jena; and Matthias Altendorf as CEO of the parent company Endress+Hauser.