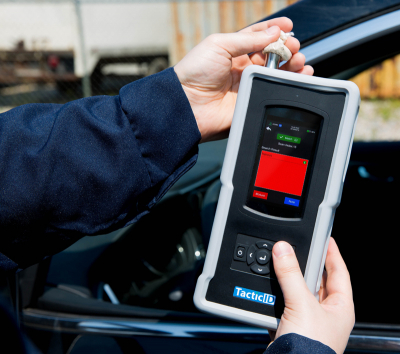 B&W Tek has announced the TacticID®-1064, a handheld Raman analyser for real-time identification of suspicious and unknown substances in the field. It is based on third-generation 1064 nm technology, which improves fluorescence elimination, detection limits and response time. It also allows for safe and direct measurement of darker substances. The TacticID-1064 has a large on-board library, and allows users to create and import customised libraries. It can be operated via a touch screen or using hardware buttons, giving flexibility in operating the instrument. The system comes equipped with an on-board camera to capture evidence photos at the scene that are included in the test report, which can be exported directly onto a USB drive. The TacticID-1064 displays both GHS and NFPA704 chemical safety information, giving additional actionable data.