XPS shows the potential for graphene in chemotherapy catheters 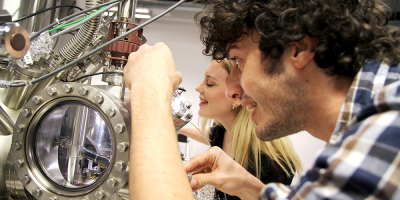 Chemotherapy treatment usually involves the patient receiving medicine through an intravenous catheter. These catheters, as well as the equipment attached to them, are treated with a silver coating which is antibacterial, preventing bacterial growth and unwanted infections during a treatment. Researchers at the Department of Physics of the Norwegian University of Science and Technology in Trondheim are using x-ray photoemission spectroscopy (XPS) to look at the surface chemistry of one of the most commonly used chemotherapy drugs, 5-Fluorouracil (5-Fu), and the interaction between it and the type of silver coating found in medical equipment.

“We wanted to find potential problem sources in the tubes used in intravenous catheters. An interaction between the coating and the drugs was one possibility. Chemotherapy drugs are active substances, so it isn’t hard to imagine that the medicine could react with the silver,” says Justin Wells.

The group continued their studies with the XPS instrument, now examining how the same chemotherapy drugs reacted with graphene.

“Graphene is a non-reactive substance, and is sometimes referred to as a magical material that can solve any problem. So we thought that it might be a good combination with the chemotherapy drugs,” Wells explains.

And they were right—the drugs did not react with the graphene. Graphene has already been suggested as a coating for medical equipment, and according to researchers, it should be possible to create thin layers of graphene designed for this use.

“This research has produced valuable information about the interaction between chemotherapy drugs and other substances that the medicine is in contact with. We hope that our work will contribute to making cancer treatment more effective, and that we can continue our work in this area. We would like to study the reaction between chemotherapy drugs and other substances and coatings used on medical equipment,” Wells concludes.

The results of this work have been published in 2D Materials.