The world’s most expensive egg timer? 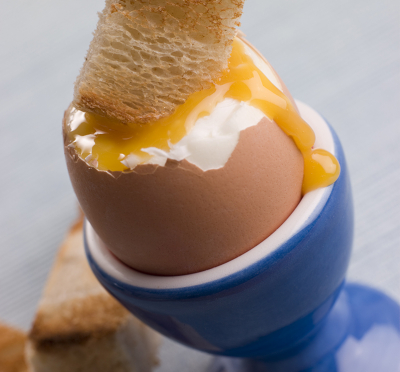 A team of scientists has been using DESY’s X-ray source PETRA III to analyse the structural changes that take place in an egg when you cook it. The work reveals how the proteins in the white of a chicken egg unfold and cross-link with each other to form a solid structure when heated. Their innovative method can be of interest to the food industry as well as to the broad field of research surrounding protein analysis. The work was the cooperation of two groups, headed by Professor Frank Schreiber from the University of Tübingen and Professor Christian Gutt from the University of Siegen, with scientists at DESY and European XFEL.

Eggs are among the most versatile food ingredients. They can take the form of a gel or a foam, they can be comparatively solid and also serve as the basis for emulsions. At about 80 °C, egg white becomes solid and opaque. This is because the proteins in the egg white form a network structure. Studying the exact molecular structure of egg white calls for energetic radiation, such as X-rays, which is able to penetrate the opaque egg white and has a wavelength that is no longer than the structures being examined.

“To understand the structural evolution in detail, you have to study the phenomenon on the micrometre scale”, explains Dr Nafisa Begam, the lead author of the first study, who is an Alexander von Humboldt fellow in Schreiber’s group. The scientists used X-ray photon correlation spectroscopy (XPCS) with a specific geometry allowing them to determine the structure and the dynamics of the proteins in the egg white.

For their experiments on the P10 beamline at PETRA III the scientists used a chicken egg from a supermarket and filled the egg white into a quartz tube of 1.5 mm diameter. “Inside, the egg white was heated in a controlled manner while we analysed it with the help of the X-rays”, explains DESY co-author Fabian Westermeier. “The X-ray beam was expanded to 0.1 by 0.1 mm, to keep the radiation dose below the damage threshold of the protein structures.” 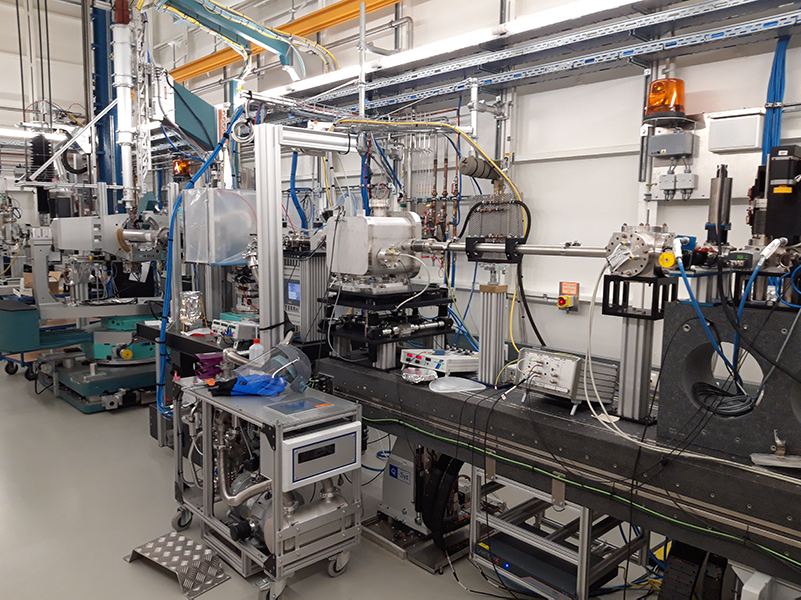 The measurements reveal the protein dynamics in the egg white over a period of about a quarter of an hour. During the first three minutes, the protein network grew exponentially, reaching a plateau after about five minutes, at which virtually no more protein links were formed. At this time, the average mesh size of the protein network was about 0.4 µm.

In the second study, the team used the XPCS technique to investigate the self-organisation of protein solutions into domains with, respectively, high and low protein concentration, as an example of structure formation in cell biology. In the process, they were able to follow the temperature-dependent dynamics over time. “At high protein densities, mobility decreases, which slows down the phase separation. This is important for the special dynamics of the system”, reports lead author Anita Girelli from Schreiber’s group.

The studies not only reveal new details about the structural changes occurring in egg whites, but also prove the experimental concept, which can be used for other samples too, as demonstrated by the second study. “Successfully applying X-ray photon correlation spectroscopy opens up a new way to study the dynamics of biomolecules, which is essential if we are to understand them properly”, Schreiber comments.