The spy in the sewer: LC-MS/MS tells all 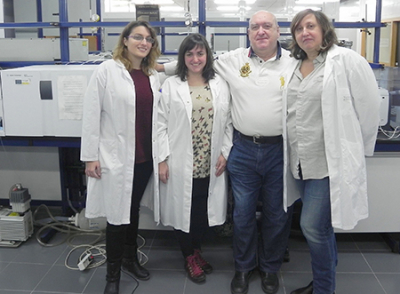 We are all probably aware of the detection of metabolites in wastewater to indicate the levels of illegal drug usage in a locality, but researchers at the University of Valencia (UV), Spain, have extended this to monitor alcohol consumption in near real time.

They have used ion-pair liquid chromatography-tandem mass spectrometry (LC-MS/MS) to monitor the levels of metabolic by-products reaching wastewater treatment plants, as reported in Science of the Total Environment. Ethyl sulphate is one of the more stable chemical compounds released in our urine after we consume alcohol. Already used in workplace and rehabilitation centre alcohol testing, this compound is now being proposed as an indicator of real-time per capita alcohol consumption. Results have shown that average alcohol consumption rockets to 400% during the city’s annual festivities, known as Fallas. Indeed, it peaks at up to six times normal levels on the final night. This is perhaps not that surprising, especially for anyone who has experienced Fallas and lived to tell the tale. Fallas is a five-day bonanza of traditional dress, parades, professional-level fireworks and street parties.

Existing estimations of per capita alcohol consumption rely on surveys and sales figures, which are limited, since they do not take into account either home-made alcohol production, stockpiling or wastage. They can tell us how much we buy, where we buy it and when, and how much we think we drink in an average week, but these indicators cannot accurately reflect how much we actually drink and when.

Indeed, the technique can even reveal what people are drinking. In the case of Valencia during Fallas, beer comes in at first place, accounting for 50% of all alcohol consumed in this period, followed by spirits (28%) and wine (20%).

As researcher Yolanda Picó tells us, this new technique is good news from a health perspective, as it will now be possible to monitor and therefore predict drinking levels at a particular event or during festive periods, and act accordingly. Peaks in consumption will no longer be diluted into annual and/or nationwide figures, giving us a much more detailed picture of alcohol consumption.