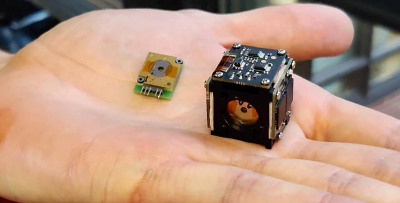 The Academy of Finland has granted €1.2 million in funding for Finnish space research focused on developing hyperspectral imaging solutions to be used in space. Compact hyperspectral cameras to be launched into space will generate information concerning Earth and the solar system and significantly reduces the cost of space operations. The space industry is currently undergoing a major transformation, with compact spaceborne hyperspectral imagers playing a major role.

“Finland, especially VTT, has been pioneering the development of compact hyperspectral imaging technology”, explains Docent Tomas Kohout, coordinator and principal investigator of the research consortium from the University of Helsinki.

First-generation, Finnish miniaturised hyperspectral imagers are currently orbiting Earth in the Aalto-1 and Reaktor Hello World nanosatellites. The researchers of the new consortium are now developing a new generation of miniaturised hyperspectral imagers and advanced methods for processing the data they collect, with the aim of developing techniques that make Earth and planetary observations increasingly autonomous.

“In this project, we are developing both hardware and software for nanosatellites. The aim is to reduce the costs of new-era space operations”, Kohout adds.

The overall budget for the Smart-HSI project, which will be launched in January 2021, is €1.7 million.