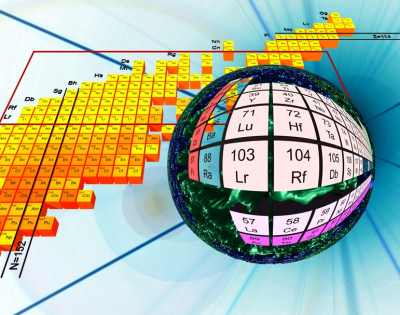 Superheavy elements are intriguing nuclear and atomic quantum systems that challenge experimental probing as they do not occur in nature and, when synthesised, vanish within seconds. Pushing atomic physics research to these elements requires developments in fast atomic spectroscopy techniques with extreme sensitivity. A joint effort within the EU’s Horizon 2020 Research and Innovation programme and led by Dr Mustapha Laatiaoui from Johannes Gutenberg University Mainz (JGU) culminated in an optical spectroscopy proposal: the “Laser Resonance Chromatography” (LRC) should enable such investigations even at minute production quantities. The proposal has recently been published in two articles in Physical Review Letters and Physical Review A.

Superheavy elements (SHEs) represent a fertile ground for the development of understanding on how such exotic atoms can exist and work when an overwhelming number of electrons in atomic shells and protons and neutrons in the nucleus come together. Insights into their electronic structure can be obtained from optical spectroscopy experiments unveiling element-specific emission spectra. These spectra are powerful benchmarks for modern atomic-model calculations and could be useful, for example, when it comes to searching for traces of even heavier elements, which might be created in neutron-star merger events.

Although SHEs were discovered decades ago, their investigation by optical spectroscopy tools lags far behind their synthesis. This is because they are produced at extremely low quantities at which traditional methods simply do not work. So far, optical spectroscopy ends at nobelium, element 102 in the Periodic Table. “Current techniques are at the limit of what is feasible”, explained Laatiaoui. “From the next heavier element on, the physicochemical properties change abruptly and impede providing samples in suitable atomic states.”

Together with research colleagues, the physicist has, therefore, developed the new LRC approach in optical spectroscopy. This combines the element selectivity and spectral precision of laser spectroscopy with ion-mobility mass spectrometry and merges the benefits of a high sensitivity with the “simplicity” of optical probing as in laser-induced fluorescence spectroscopy. Its key idea is to detect the products of resonant optical excitations not on the basis of fluorescent light as usual, but based on their characteristic drift time to a particle detector. 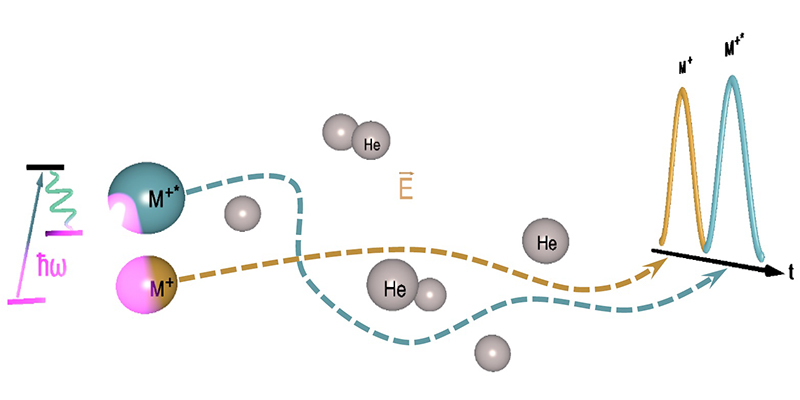 Laser resonance chromatography is based on optical excitations of ions and subsequent detection of their arrival at the detector. © Mustapha Laatiaoui

In their theoretical work, the researchers focused on singly charged lawrencium, element 103, and on its lighter chemical homologue. But the concept offers unparalleled access to laser spectroscopy of many other monoatomic ions across the Periodic Table, in particular of the transition metals including the high-temperature refractory metals and elements beyond lawrencium. Other ionic species like triply-charged thorium shall be within reach of the LRC approach as well.