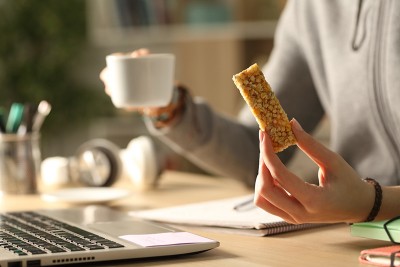 Breakfast, mid-afternoon snack, post-exercise boost? The range and availability of cereal bars has grown enormously in the last years. Whether you like yours moist or on the dry side, consistency is essential. Hyperspectral imaging can be used on the production line to monitor the moisture content; in fact, this should be a fairly simple application with the presence of water bands in the near infrared (NIR). However, there is a drawback. The standard light source is a stabilised-halogen one; these are both expensive and produce significant amounts of heat that can actually dry the cereal bars being analysed!

Read the original journal paper in Journal of Spectral Imaging