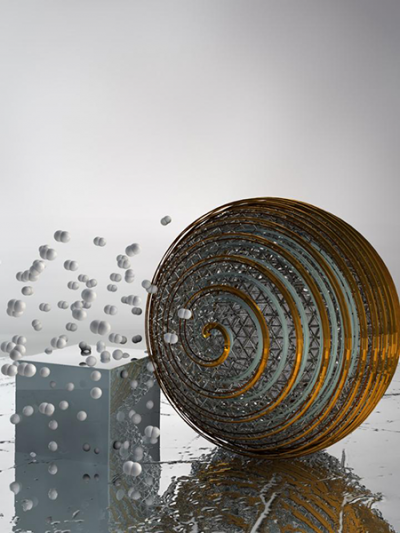 Scientists at Chalmers University of Technology, Sweden, have developed a new way to study nanoparticles one at a time using plasmonic nanospectroscopy, and have discovered that individual particles that may seem identical in fact can have very different properties. The results, which may prove to be important when developing new materials or applications such as hydrogen sensors for fuel cell cars, will be published in Nature Materials.

“We were able to show that you gain deeper insights into the physics of how nanomaterials interact with molecules in their environment by looking at the individual nanoparticle as opposed to looking at many of them at the same time, which is what is usually done”, says Associate Professor Christoph Langhammer, who led the project.

By applying a new experimental approach called plasmonic nanospectroscopy, the group studied hydrogen absorption into single palladium nanoparticles. They found that particles with exactly the same shape and size may exhibit differences as great as 40 millibars in the pressure at which hydrogen is absorbed. The development of sensors that can detect hydrogen leaks in fuel cell powered cars is one example of where this new understanding could become valuable in the future.

“One main challenge when working on hydrogen sensors is to design materials whose response to hydrogen is as linear and reversible as possible. In that way, the gained fundamental understanding of the reasons underlying the differences between seemingly identical individual particles and how this makes the response irreversible in a certain hydrogen concentration range can be helpful”, says Christoph Langhammer.

Others have looked at single nanoparticles one at a time, but the new approach introduced by the Chalmers team uses visible light with low intensity to study the particles. This means that the method is non-invasive and does not disturb the system it is investigating by, for example, heating it up.

“When studying individual nanoparticles you have to send some kind of probe to ask the particle ‘what are you doing?’. This usually means focusing a beam of high-energy electrons or photons or a mechanical probe onto a very tiny volume. You then quickly get very high energy densities, which might perturb the process you want to look at. This effect is minimised in our new approach, which is also compatible with ambient conditions, meaning that we can study nanoparticles one at a time in as close to a realistic environment as possible”, says Christoph Langhammer.

Even though they have now reached the level where their results are ready to be published, Christoph Langhammer believes they have just scratched the surface of what their discovery and developed experimental methodology will lead to in relation to further research. He hopes that they have helped to establish a new experimental paradigm, where looking at nanoparticles individually will become standard in the scientific world.

“It is not good enough to look at, and thus obtain an average of, hundreds or millions of particles if you want to understand the details of how nanoparticles behave in different environments and applications. You have to look at individual ones, and we have found a new way to do that.”

“My own long-term vision is to apply our method to more complex processes and materials, and to push the limits in terms of how small nanoparticles can be for us to be able to measure them. Hopefully, along the way, we will gain even deeper insights into the fascinating world of nanomaterials.”