This conference invited Professor H.W. Siesler (University of Duisburg-Essen, Germany) and Dr K.A. Bakeev (B&W Tek Inc., USA) as plenary lecturers from the NIR field. Their lecture titles were "The Near-infrared Region: An Undervalued Wavelength Range of Vibrational Spectroscopy" and "The importance of Chemometrics for Process Analytical Technology", respectively. Their talks commanded an audience of nearly 200 people and they were asked quite a number of questions, reflecting the keen interest in this field. 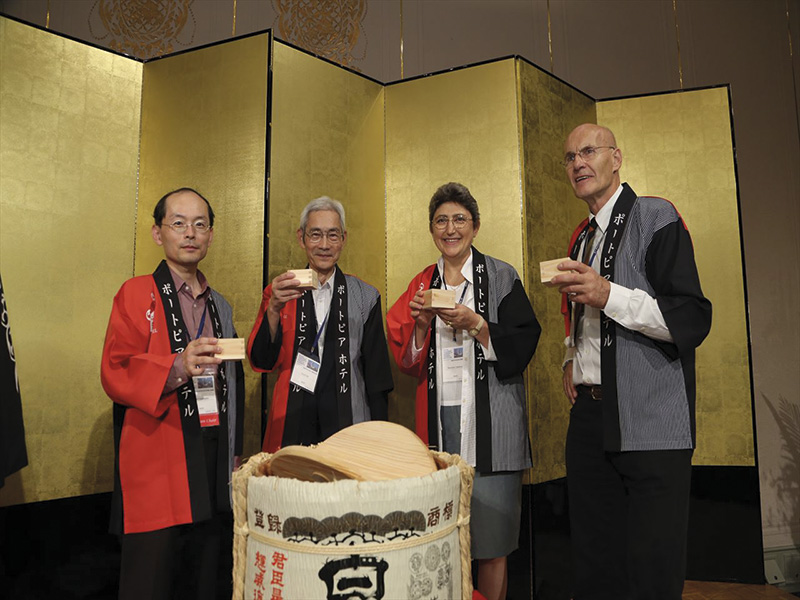 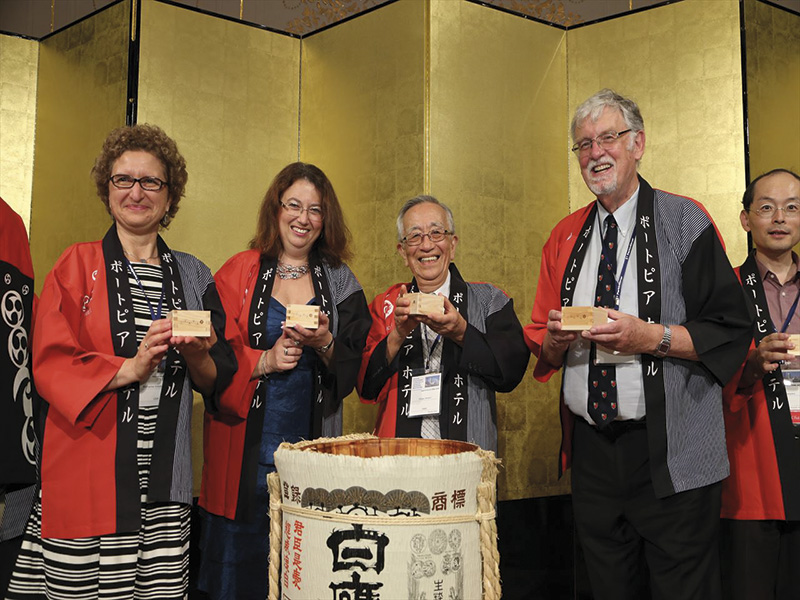 Nearly 50 posters regarding NIR spectroscopy were presented not only in the NIR and PAT sections but also on topics including New Instrumentation, Foods, Polymers, Earth, Planetary and Environment Sciences, Microscopic and Imaging Analysis, and Theory sessions. It was clearly demonstrated that NIR spectroscopy plays very important roles in various fields. Of importance was the ability of the participants to compare NIR, mid-IR, Raman and terahertz in a particular field.

Winners of the NIR and PAT session poster awards, sponsored by IM Publications, were Professor T. Genkawa (University of Tsukuba, Japan) on "Band Assignment of Water and Liquid Oleic Acid Using an Online Near-Infrared/Mid-Infrared Dual-Region Spectrometer and Hetero 2DCOS" and Dr N. Kakuta (Tokyo Metropolitan University, Japan) on "Simultaneous Imaging of Temperature and Water Volume Fraction of Aqueous Solutions Using Near-infrared Absorption Characteristics of Water". Dr D. Ishikawa was awarded the Springer Poster Award in the New Instrumentation session; his title was "Development of a Newly Developed High-Speed NIR Camera (Compovision) and its Potential in the Polymer Industrial Analysis". Throughout the conference, imaging, bioscience, nanoscience, terahertz and calculation (theory) collected large audiences. It has turned out that the field of NIR spectroscopy remains very active and remarkably vigorous. The pace of progress is rapid and not showing any signs of slowing down.

On the evening of the 29th, the conference banquet started with a Japanese traditional opening ceremony called "Kagami Wari". More than 230 people enjoyed the banquet during which two different types of Japa-nese dances were presented. And last but not at least, we thank the conference sponsors for their great contributions to ICAVS-7.