If laser-induced breakdown spectroscopy was a brand: some market considerations

Full-Text PDF
If laser-induced breakdown spectroscopy was a brand: some market considerations

I have worked in laser-induced breakdown spectroscopy (LIBS) for more than 30 years. In fact, I was one of the first in Europe to work with this “new” technique. I was also, in the year 2000, the founder of the LIBS international conference that was held last year for the ninth time in Chamonix, France, while in June, this year, I will be the chairman of the 9th Euro–Mediterranean Symposium on LIBS in Pisa, Italy.1 I have published about 100 scientific papers on LIBS, had my experience with LIBS patents and used to collaborate with a small local firm for the development of LIBS instruments. All of these things would have probably granted me, if LIBS was a brand, a chair on the Board of Directors of the Company, and this makes me wonder what I would have done, in my new (fictional) position.

The first thing I would consider would be the opportunity of cashing in my shares and spending the rest of my life going fishing somewhere around Europe. However, as a matter of fact, I do not like fishing; moreover, the LIBS shares seem to have shown a constant growth trend over these last years, so I probably would keep my position, trying to maintain and hopefully increase my 30 year-long investment. Over these decades, however, I have experienced all the phases of the development of the LIBS brand: enthusiasm, disappointment, hope, in more or less regular cycles. How could I be sure that the powerful Bull of today would not turn, tomorrow, in a sad Bear?

In the business world, it is often repeated that brand managing is, basically, developing, realising and maintaining promises. In this sense, the LIBS brand promise was, since the beginning, very clear: LIBS is an elemental analytical technique that does not require any sample treatment, as inductively-coupled plasma–optical emission spectroscopy requires, can analyse non-conducting samples that Spark-OES cannot analyse and is not limited to the analysis of heavy elements, as X-ray fluorescence is. Moreover, LIBS can be used in standard-less mode to obtain precise analytical results without the use of any reference sample; it can perform surface analysis with a spatial resolution of a few micrometres, and in-depth analysis with sub-micrometric resolution. These peculiar characteristics of the LIBS brand come from a brilliant (pardon the pun) idea: the pulse of a laser (usually in the range of a few nanoseconds) is focused on a small region of the sample (usually in the range of a few square micrometres) to realise AT THE SAME TIME the sampling of the material, through the process of laser ablation and its excitation, through the formation of a hot (although short lived) plasma which emits in the range of near ultraviolet/visible/near infrared. The plasma light is then collected and spectrally analysed using spectrometers similar to those used in ICP-OES or spark-OES (see Figure 1).

Figure 1. Schematics of a LIBS experiment.

If LIBS was a brand, the Marketing Department of our fictional Company would often remind us on the Board that the features described above are unique to LIBS, making LIBS definitely more competitive than other analytical techniques in the field of elemental analysis. In fact, they launched a massive advertising campaign for LIBS after the LIBS 2000 Conference in Pisa. Unfortunately, the returns from this campaign were relatively small. Actually, after the initial enthusiasm, the market became increasingly hostile towards the LIBS brand, and our shares reached their historical minimum. Our brand probably suffered the consequences of the large imbalance between the advertising and the information given to our would-be customers. It seems as we forgot to tell LIBS potential users that all the definite advantages of LIBS are associated with definite drawbacks, too. A large part of the success of ICP-OES as an analytical technique, for example, is associated with the possibility of treating the sample for pre-concentrating, for example, a given analyte or for avoiding or limiting the matrix effect. The quantity of material analysed, in general, is large enough to guarantee a good representativeness of the analytical results, as well as a good signal-over-noise ratio in the spectra. On the other hand, the high spatial resolution of LIBS means that only a few nanograms of material are sampled, in a laser shot. This makes it extremely difficult to compare the results of LIBS analysis, which gives information about very small regions of the samples, with the established laboratory analytical techniques, operating on a much larger scale. An example of the danger of comparing the results of a micro-analytical technique, such as LIBS, with conventional macro-scale analysis is illustrated in Figure 2. The figure shows the distribution of lead (bright spots) in a steel sample; the map (50 × 50 points on a 1 cm2 surface, size of the LIBS crater = 20 µm) shows the inhomogeneity of the sample. This feature of the sample cannot be detected with other more conventional macro-scale laboratory techniques, which would only give the average concentration of Pb in the sample. Nevertheless, in the analytical chemistry community the large variability of the LIBS signal would be probably attributed to an intrinsic “irreproducibility” of the LIBS technique and not to the physical characteristics of the sample. 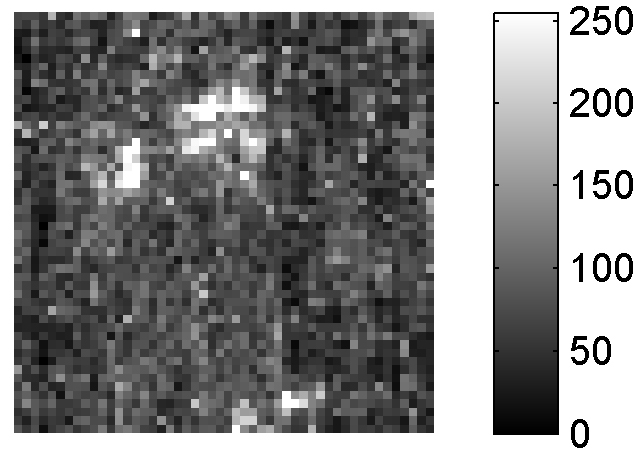 Figure 2. Compositional map of a steel sample. The bright points correspond to higher concentrations of Pb.

The limited amount of matter ablated in a single laser shot is responsible for the other important drawback of the LIBS technique: its poor sensitivity. In that respect, if LIBS was a brand, distinguished members of the Board would have probably already pointed out that the limits of detection (LOD) of LIBS are generally poor only when the concentrations are considered. In absolute terms, mass LODs of LIBS are exceptionally high; however, in most laboratory applications the amount of sample is, in general, relatively large. Therefore, the possible customers of the LIBS brand hardly accept the fact that only a minimal part of the available sample is actually used for the LIBS analysis, completely wasting the performance of the technique with respect to other more conventional laboratory techniques.

For laboratory use, it seems that the better positioning of our fictional LIBS brand would thus be in the niche of elemental micro-analysis and compositional imaging, where the limited mass ablated per laser shot is not a drawback, but on the contrary becomes a definite factor of merit. Other interesting approaches suggest the use of LIBS together with laser-ablation ICP mass spectrometry, for a better analytical determination of the light hard-to-ionise elements.2 More recently, the use of surface-enhanced3 or nanoparticle-enhanced LIBS techniques has been proposed.4 It is probably too early to forecast the market’s reaction to these new proposals; the results reported seem very interesting, but the risk of radically changing the characteristics of the LIBS brand, going back on the fundamental promise of a technique that would not require any treatment of the samples, is very high.

Five years ago, interest in LIBS technology suddenly rocketed (excuse the pun, again) as a result of the NASA Curiosity Mars mission. The Curiosity rover, which landed on Mars in August 2012, hosts a LIBS remote spectrometer, which has been continuously sending LIBS spectra back to Earth since then. It is an interesting paradox that the Curiosity LIBS instrument produced a greater impact on Earth than on Mars. Using the same technology tested on Mars, a number of hand-held LIBS instruments were introduced to the market and the analytical community suddenly realised that other intrinsic characteristics of the LIBS technique (the possibility of performing very fast and remote analysis, for example) were not only appropriate for zapping Martian rocks, but also for analysing, among other things, the world outside the laboratory.

In fact, a number of application of LIBS to “real world” situations have been reported. In most cases, however, the results reported were just “proofs of principle”, usually funded by public organisations in Europe or abroad, which lasted for the duration of the project and did not make a significant impact on the industrial sector. My feeling is that the situation is going to change quickly. Even considering the difficulties of introducing new control technologies in industry, it is undoubtable that the intrinsic capabilities of LIBS make this technique extremely interesting for real-time control of industrial processes. Even our people at the Marketing Department would suddenly realise that LIBS could be extremely competitive, in situations where no other competitor exists.

My group, the Applied and Laser Spectroscopy Laboratory of ICCOM-CNR, in Pisa, Italy, has recently been involved in three major projects for the on-line analysis of coal, steel and automotive scraps. The common features of these projects (one funded by a private company, the other two supported by the European Commission) involved the need to determine the composition of objects moving on a conveyor belt, at a distance ranging from 1 m to 8 m. To the best of my knowledge, no other viable technology would allow the real-time analysis of such objects, at a distance and without sampling.

One of these projects seems to be particularly promising, because the use of LIBS did not just improve a previously established process, but allowed the realisation of what was previously impossible to realise. I am thinking of the SHREDDERSORT (Selective Recovery of non-Ferrous Metal Automotive Shredder by Combined Electromagnetic Tensor Spectroscopy and Laser-Induced Plasma Spectroscopy) project, funded by the European Commission in the 7th Framework, which was aimed at the development of a LIBS-based sorting procedure for recovering and recycling non-ferrous scraps from the automotive industry.5 The average European car produced in the sixties was heavy, about 80% of it was made of iron; aluminium was 2% of the total weight. The oil crisis and the environmental concerns of the seventies encouraged a reduction of car consumptions and emissions. One of the strategies to reach this goal was a decrease in the weight of the vehicles; in the mid-eighties an average European car was made of about 70% of iron and 4.5% of aluminium. In the year 2000, the percentage of aluminium increased to 8% of the total weight of the vehicles, while the content of ferrous materials decreased to around 65%. Considering a life-span of about 15 years, this should be considered as the average composition of the vehicles reaching their end of life nowadays.6 The amount of waste generated by the European automotive industry is estimated to have been around 14 million tons in 2015 and 8% of this shredder corresponds to non-ferrous metals. None of the existing sorting technologies is able to sort the light fraction of these metals (Al and Mg), which consequently must be downgraded to produce cast aluminium. In the next few years, the production of primary Al will increase by 25% unless new technologies can enable the recovery of aluminium in the form of wrought alloys. The SHREDDERSORT project has successfully demonstrated the possibility of sorting untreated scraps of irregular shape, moving at the speed of 2 m s–1 on a conveyor belt, using a LIBS system operating at a distance of 1 m.

One of the main difficulties of the SHREDDERSORT approach is related to the surface nature of the LIBS analysis. When analysing moving objects, the laser pulse always samples points on the surface. This is fine when analysing homogeneous objects, but becomes a problem in the presence of surface dirt, or corrosion or, even worse, paint coatings (see Figure 4). 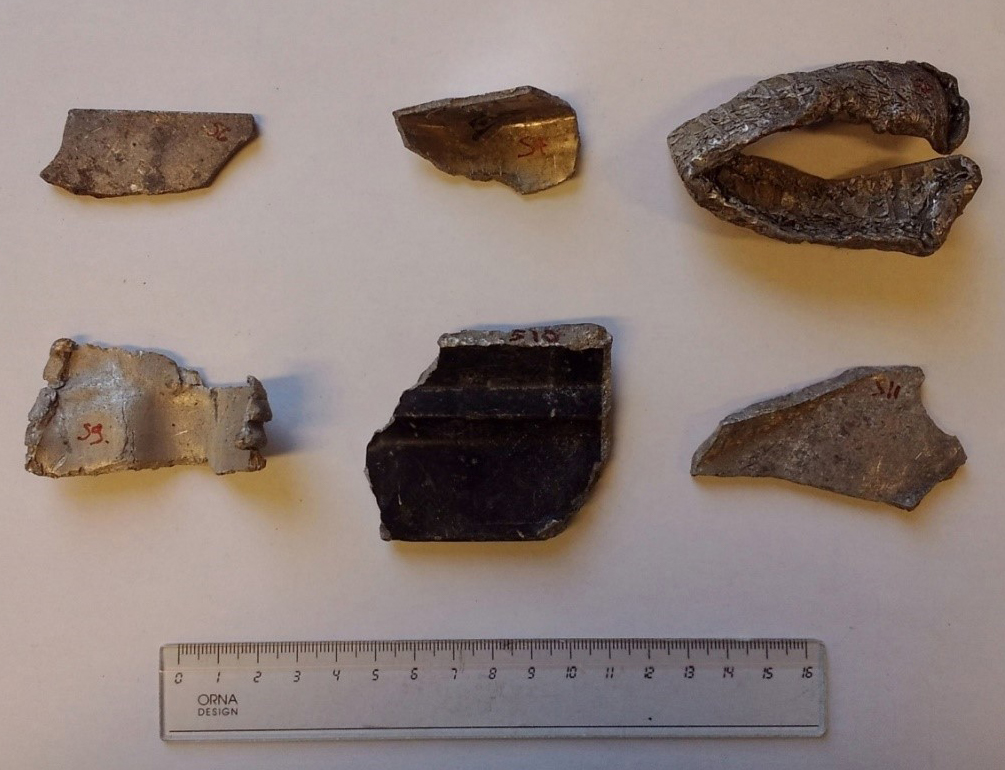 Figure 4. Some aluminium scraps used for laboratory tests in the SHREDDERSORT project.

So, even if LIBS is not actually a brand, and there are no LIBS stocks on the market, believe me, if it was, this would be the right time to buy!

Laser-induced breakdown spectroscopy: a unique analytical tool for the geosciences
24 May 2021