analytica virtual 2020: a new platform in times of contact and travel restrictions

2020 presented us, as a trade fair organiser, with major challenges to which we had to react to meet the demands of our partners and customers. In March it became clear that due to the corona pandemic the regular hosting of analytica at the originally scheduled date of late March/early April would be untenable. So, we decided to postpone the fair until October: a setback for our entire team. Up to then the trade fair had been heading for a new record, with more exhibitors than ever having already confirmed their participation.

However, it got worse! It soon became clear that visits to trade fairs for our European core markets would not be possible. A traditional fair under these conditions would have fallen far short of the requirements of the visitors and exhibitors. In early September, we, therefore, had to call off analytica in its usual format.

Fortunately, we had planned well ahead and in August we were able to launch the new analytica virtual format. Originally this was conceived “only” as a digital supplement to our existing physical formats in the global analytica network. However, in the end, analytica virtual, held from 19 to 23 October 2020, replaced the usual fair in Munich. 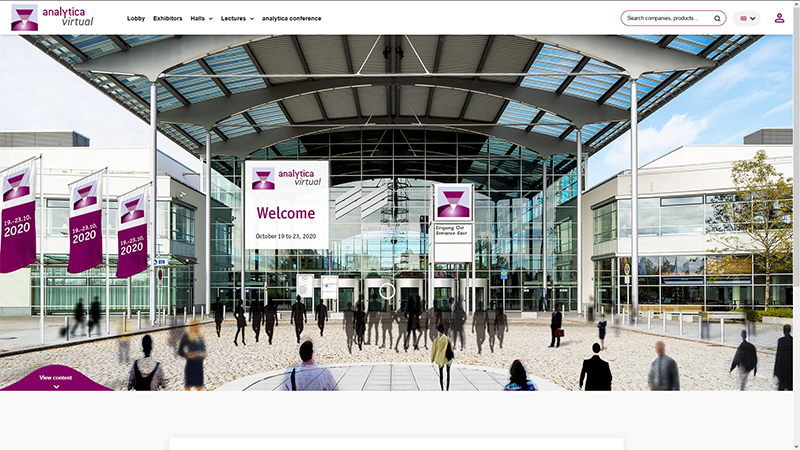 Together with our partner, Lumitos AG, we managed to transfer as many of analytica’s features as possible into cyberspace within the extremely short lead time. The conventional trade fair tour was replicated, with the improvement that the fair was open 24 hours a day. You could jump from one virtual booth to the next within a very short time and experience the digital product presentations of each. Based on positive customer experiences from previous virtual trade shows, we restricted digital product presentations to a maximum of four per virtual booth. This guaranteed the inclusion of only current and important innovations. Moreover, it did not overload the amount of information on the virtual booth and was easier for visitors to perceive. Exhibitors who wanted to show more innovations were able to expand their presence over several contiguous booths. 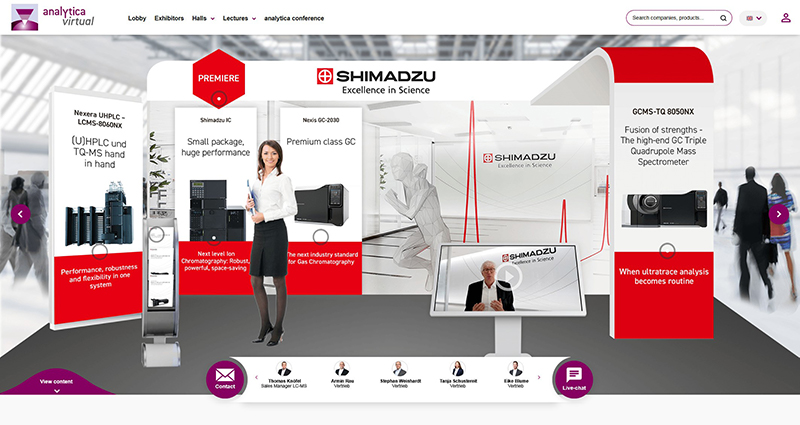 Replicating the traditional organisation of analytica, the booths were grouped into six virtual exhibition halls. These were dedicated to the areas of Premieres, Analysis & Measuring and Testing Technology, Laboratory Technology, Biotech & Bioanalysis, Diagnostics & Medicine, and Start-ups. Visitors could use search filters to narrow down exhibitors according to the main topics they were interested in. Communication between exhibitors and visitors took place via text, audio or video chat. In addition, visitors had the choice of 200 webinars from exhibitors.

Participation in analytica virtual 2020 was free of charge for visitors.

Strong industry participation proves the relevance of the event

The efforts were worth it! All in all, a total of 21,641 participants (unique users) from 152 nations took part. 268 exhibitors from 24 countries presented more than 700 product highlights. There was a total of more than 33,000 participations in the 200 exhibitor webinars and the 119 scientific presentations at the analytica conference.

The 24-hour accessibility of the digital platform for easier global access proved worthwhile: analytica 2020 had the highest international share in its history. Half of the 21,641 participants (unique users) did not come from Germany. After Germany, most visitors came from Switzerland, USA, United Kingdom, Austria and India. Unsurprisingly, there was a strong influx of participants from Asia in the morning hours of Central European Time, while in the evening and night hours many Americans visited. On average, some 5000 participants attended the virtual analytica on each of the five days of the event—at peak times, it was over 7000.

We believe we succeeded in enabling the industry to present itself globally, 24 hours a day, despite the contact and travel restrictions. Visitors rated the virtual trade show, with its focus on new solutions and innovations, very positively. There were numerous repeat visits, webinars were strongly used, as were the facilities to download information and send enquiries to the exhibitors.

Start-ups, smaller and medium-sized companies, in particular, were pleasantly surprised by the internationality and the number of new contacts for products and webinars. Some exhibitors found that the quality of enquiries could not be compared with that of a classic trade fair. But the point was not to replace the strengths of a traditional trade fair.

In spite of the success of the purely virtual held trade event, we still believe in traditional fairs. Especially in times like these, the importance of cultivating the human relationships which are the base for a successful business has become obvious. The personal contact, the random, spontaneous meetings and the detailed discussions that occur at a face-to-face event cannot be replaced. Detailed analysis, as well as the hands-on experience of products and solutions in need of explanation, also require physical meetings. This is also reflected by our exhibitors and partners. However, the virtual format presents opportunities to reach new interested parties all over the world! Budget and travel restrictions no longer play a role.

So, we are continuing to plan the next analytica in June 2022 on the fairgrounds of Munich. But we will also use the knowledge we have now gained to expand our range of additional digital offerings. Thus, the circle closes and we come back to our original planning, when analytica virtual was seen only as a digital extension of our proven existing fair formats. 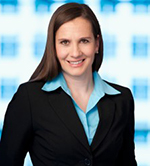 Susanne Grödl has been Exhibition Director of the laboratory trade fair analytica in Munich since 2005. She also manages the international analytica network with trade fairs in China, India, Vietnam and South Africa. Previously, she worked for the information and telecommunications trade fair SYSTEMS.

The use of complementary techniques in understanding the detoxification of aluminium in the freshwater snail, Lymnaea stagnalis
1 February 2011