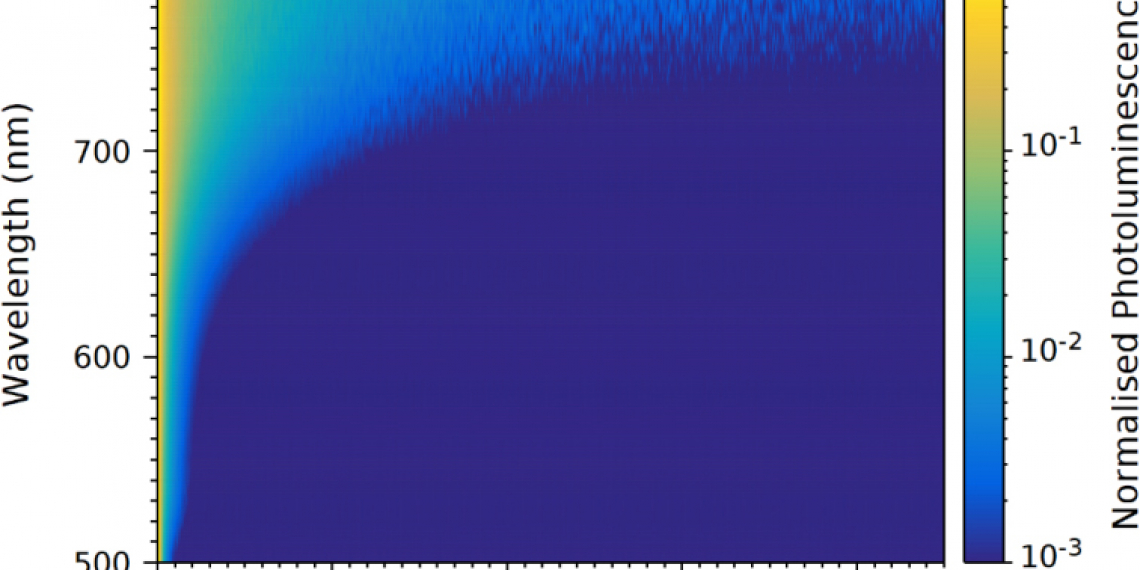 Indium phosphide (InP) quantum dots (QDs) have attracted significant interest as an environmentally friendly and non-toxic alternative to traditional heavy-metal-based QDs containing cadmium and lead. QDs composed solely of InP are non-emissive due to non-radiative recombination occurring at trap states on the surface of the InP. To obtain emissive QDs the InP core is coated with a layer of a higher bandgap semiconductor such as zinc sulphide (ZnS) to form a core-shell heterostructure which passivates the trap states and greatly increases the photoluminescence quantum yield.