Sampling expertise for the accounts department, CEOs and board members

Full-Text PDF
Sampling expertise for the accounts department, CEOs and board members

Money out the window—either way

Here is a perfect example of how everything works out at the accounting level, where value is measured in monetary units. Picture a business selling a commodity under the contract specification that the product contains 27.45 % of a critical compound (this is measured by the seller’s own “home” laboratory). For the sake of argument, let us assume that this is exactly what is reported for a consignment in question. So, the seller is apparently in the clear, and the buyer will, therefore, get exactly what is stipulated on the product specification sheet. This is the ideal case for both parties: the seller does not give away a higher concentration of the valuable commodity than promised, and the buyer only has the correct amount of valuable goods paid for.

However, the buyer wishes to exercise his testing privilege (relying only on his own preferred laboratory of course)… The whopper: before the day is out, the seller is being sued by the buyer’s lawyers—since the control laboratory reports a concentration of 23.40 % only. Is the seller employing an inferior laboratory? Or, is this newly discovered disparity a result of the buyer’s laboratory inferior performance? Or worst, should the seller be suspected of trying to swindle the buyer? Suddenly both stakeholders experience uncertainty and doubt—who, what is to blame? Today’s tradition is overwhelmingly to look for causes to such control differences only within the realm of analytical laboratory performances (both could be wrong in principle, but this conclusion has only a snowman’s chance in Hell, since both laboratories are, no doubt, properly certified, so this conclusion will be ignored). Nevertheless, with today’s most often used approaches, what happens instead is a totally unnecessary amount of extra laboratory work (see Example 2 above).

Most unfortunately, in the overwhelming number of such cases, the root cause lies miles away from the certified analytical laboratories. The sampling + analysis spread is the real culprit!

Because of the inevitable sampling + analysis spread, Figures 1–3, which was reported as 27.45 % could alternatively (from a second sampling) just as well have turned out as, say, 23.20 % in the case of significantly heterogeneous materials. A difference of 4.20 % in concentration of the valuable analyte will very likely be unacceptable. But less can be equally bad, if the intrinsic value of 1 % point is higher. Depending on the intrinsic % point value, the magnitude of the concentration difference, and the so-far ignored weight determination uncertainty as well (yes, there is also a weighing spread lurking in the wings, but more on that later), as one ranges over all the World’s traded raw materials, commodities and volumetric goods sooner or later there will be a threshold on the other side of which such differences will not be acceptable because of the accumulated value losses (loss in material, loss of revenue, loss of reputation…).

(It should be factored in that industrial weighing is most certainly also fraught with measurement errors, just as is analytical determination, which will only add to the sum-total uncertainty. However, the weighing uncertainty influence(s) will be treated specifically in its own right in several examples below.)

The intrinsic value of raw materials, commodities and goods as characterised w.r.t. composition and the value by volume (mass) of course display an extreme range. For the “lower end” of things, the consequences of analytical differences will not constitute major deviations—while as soon as the ICV is higher and/or the tonnages involved are, the accrued loss of revenue for the seller (or the “extra commodity received at no payment” for the buyer) will meet with severe disapproval at accounting and management levels.

For the sake of argument, assume a constant tonnage of 250 ton, with changing intrinsic commodity value per % point (ICV) and changing analytical difference (AD), the gross economic consequence in the form of the resulting value gain or loss (VGL) for this example commodity is shown in Table 1.

This tally will, of course, take on quite other manifestations, some less drastic, others very much more so, depending on what your commodity ICV is, your tonnage involved and what the operative between-laboratory analytical difference (AD) happens to turn out to be. There is no need to insult anybody’s intelligence by producing similar tables as the one above for a slew of other materials, lots and products (some less valuable, many very much more so). Anybody on the business side of the principal transaction used in the example above, will have got the picture long ago:

WHY do such hidden discrepancies occur within our business?

WHY has nobody told management about this risk long ago?

WHO is accountable for this lack of due diligence w.r.t. proper risk management?

WHAT can we do about this?—Immediately!

Traditionally, knee-jerk reactions and solutions to the above desirability has been to pour a lot of new money into improved analytical performance, either upgrading one’s own lab or finding a better commercial laboratory with a better reputation etc. Alas, as has been made abundantly clear above, that this will very likely not solve the issue, Figures A–D in the Editor’s Introduction.

This is the very reason the TOS has to be invoked. This is the fundamental reason a minimum of the TOS understanding must be mastered at all relevant levels, including those formerly only responsible for the business side of operations. Of course, that should also include proper risk management.

There are ample economic, pure business-related reasons to make sure that TOS knowledge is part of your operations, company, corporation and organisation—and absolutely no reasons not to… 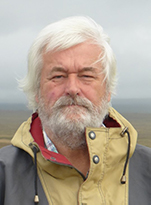 Kim H. Esbensen, PhD, Dr (hon), has been research professor in Geoscience Data Analysis and Sampling at GEUS, the National Geological Surveys of Denmark and Greenland (2010–2015), chemometrics & sampling professor at Aalborg University, Denmark (2001–2015), professor (Process Analytical Technologies) at Telemark Institute of Technology, Norway (1990–2000 and 2010–2015) and professeur associé, Université du Québec à Chicoutimi (2013–2016). From 2015 he phased out a more than 30-year academic career for a new quest as an independent researcher and consultant. But as he could not terminate his love for teaching, he is still very active as an international visiting, guest and affiliate professor. A geologist/geochemist/metallurgist/data analyst of training, he has been working 20+ years in the forefront of chemometrics, but since 2000 has devoted most of his scientific R&D to the theme of representative sampling of heterogeneous materials, processes and systems: Theory of Sampling (TOS), PAT (Process Analytical Technology) and chemometrics. He is a member of several scientific societies and has published over 250 peer-reviewed papers and is the author of a widely used textbook in Multivariate Data Analysis (35,000 copies), which was published in its 6th edition in 2018. He was chairman of the taskforce behind the world’s first horizontal (matrix-independent) sampling standard DS 3077 (2013). He is editor of the science magazine TOS forum and this Sampling Column. In 2020 he published the textbook: Introduction to the Theory and Practice of Sampling (impopen.com/sampling).