It does not matter what is wrong when applying TOS: it is money out of the window every time

Full-Text PDF
It does not matter what is wrong when applying TOS: it is money out of the window every time

An underground narrow gold vein (1–2 m width) operation was known to contain coarse gold particles up to 1.2 mm in size, and rarely up to 4 mm. The vein had an average global reserve grade of 17 g/t Au. Monthly reconciliations were up to ±50 % on grade.

From drill core and underground face chip samples, a 2 kg sample was pulverised and a 30 g fire assay undertaken. There were no formal sampling protocols or laboratory QA/QC system. With new owners, much needed systems were introduced into the existing laboratory. It was identified that the pulp duplicates displayed poor precision (±66 %). In addition, the pulverisers were not cleaned between samples and there was evidence of gold contamination between some samples.

Several tests were undertaken on 2 kg pulp lots, where the pile was mixed, flattened and 40 consecutive 50 g sub-samples taken for fire assay. The variability was remarkably high, and in one instance the range between the minimum and maximum values was 500 g/t Au. These findings confirmed that the pulps were highly heterogeneous due to the poor comminution of gold particles during pulverisation. Different pulp sub-sampling techniques further augmented the level of Grouping and Segregation Error (GSE) influences. Also, day and night shifts processed pulps by two different methods: the laboratory day shift homogenised the pulp by “mat rolling”, then simply scooped off 30 g from the top of the pile, certainly thereby missing gold that had segregated to the bottom of the pile. The night shift placed the pulp on the mat, shook it rigorously, flattened the pile and cut a series of sample lines through the pile with a greater chance of picking up segregated gold at the pile base, a kind of “Japanese slab cake” approach. In essence, the “mat roll” method understated, whilst the “slab cake” technique overstated the gold grade. The emphasis of day versus night shift could change between an inconsistent mix of exploration, grade control (as discussed here) and plant samples. Therefore, the negative versus positive assay bias on the grade control samples was variable.

During a four month leave of absence by the “overstating” shift manager, the understating shift manager had taken control and changed the pulp splitting to be the new approach. The mine records were revisited for this period, and it was found that a number of stope blocks representing c. 8 % of annual production had been abandoned due to the apparently low grades achieved (below the breakeven cut-off). The matter also caused production delays, as ore supposed to be included in the mine plan was not available.

The stope-bounding drives and raises were subsequently re-sampled using saw-cut channels and assayed using a new protocol. They were found to be of ore grade and subsequently mined out recovering 7000 oz Au. At the time of operation, these recovered ounces represented c. US$7 M in mid-2005 (US$12.8 M in July 2021). This would have been lost if the pulp issue had not been identified in a timely manner. In addition to this tangible result, delays in the mine plan caused financial loss and previous misclassification will have caused unquantifiable loss.

The key issue was that coarse gold needs to be treated differently.1 Pulps bearing liberated gold cannot be homogenised; GSE can be highly problematic; and proper protocols and procedures must be set up both in the mine and in the laboratory. A screen fire assay was introduced to account for coarse gold (Figure 1), along with improved laboratory procedures and better staff training. The 2 kg pulp was split using a TOS-compliant riffle splitter to 1 kg for screen fire assay. QA/QC protocols were introduced, particularly covering equipment cleaning and contamination monitoring. Barren flushes between samples were introduced and were assayed at a rate of 1 in 20. Where visible gold was observed or high grades expected, additional barren samples were introduced and automatically subjected to fire assay. What made the change highly economical? Introduction of proper TOS-training and procedures and responsible Good Laboratory Practice. 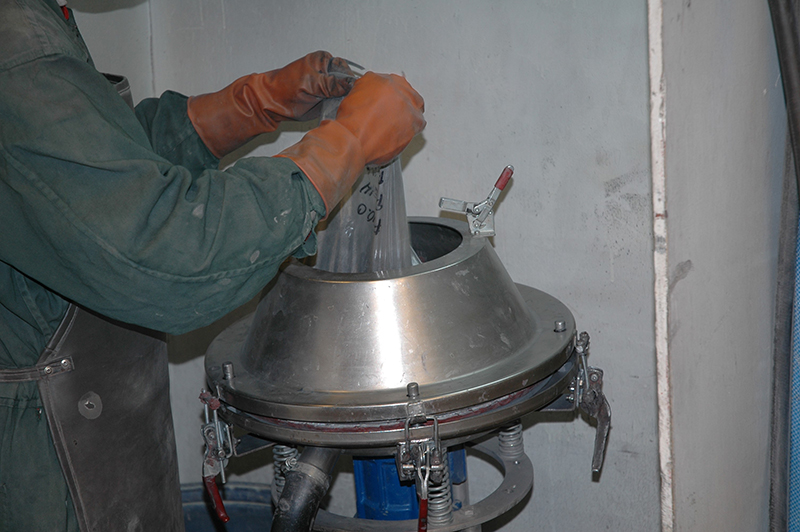 Figure 1. Screen fire assay is always a good option in the presence, or suspected presence, of coarse gold. It provides a good spatial measure of the problem. It is important to ensure that a nylon screen is used that is fire assayed to extinction. This removes sample-to-sample contamination of the screen. Duplicate or triplicate fire assays should be applied on the undersize fraction to check the level of heterogeneity—some “fine” coarse gold can still pervade the fine fraction.

A test study was undertaken based on 200 routine grab samples collected from a 765 t stockpile. For the total population, the mean grade was 12.8 g/t Au, the minimum grade 0.01 g/t Au and the maximum grade 79.7 g/t Au. There are several grade permutations possible if an exhaustive 20 set sample batches are drawn. Out of 200 samples, the lowest grade combination of 20 samples was 0.1 g/t Au, and the highest grade 49.1 g/t Au. The mean was 10.6 g/t Au. The test stockpile was fed to the plant which has an autosampler after secondary crushing, where a batch mean head grade of 4.2 g/t Au was determined. The mean of the first grab 20 samples taken was 8.2 g/t Au, which implies under normal circumstances that the lot would have been sent to the plant as ore. Eventual plant reconciliation with the plant gave a batch grade of 3.9 g/t Au. At the time, the breakeven mine cut-off grade was 4.7 g/t Au, which would have meant it going to waste.

The operation was clearly battling reconciliation problems and achieving a lower head grade. The reserve model was based on diamond drill data on a 20–30 m × 20–30 m pattern. Face chip sample data was ignored, as it was biased and only represented around 50 % of mine faces due to operational constraints. As a result, all material dumped on the surface stockpiles, which included mineralised waste, and marginal, medium and high grade ore, was grab sampled prior to being sent to the waste tip or plant. Given the biased nature of grab sampling, most of the mineralised waste and marginal ore was sent to the plant diluting the ore feed. Grab sampling was considered the key issue. The grade estimate was also considered to be sub-optimal.

A shear-zone hosted underground operation had consistent reconciliation problems. Mineralisation did bear some coarse gold, though this was not dominant. Most gold was sulphide-hosted and below 200 µm in size. There was a general under-call with respect to the drilled reserve grade (7 g/t Au) of around one third.

N.B. Decisions on whether to send material from the stockpile to the plant were based solely on stockpile grab sampling (Figure 2). Each stockpile represented approximately 500–750 t of supposed ore. Twenty to twenty-five 3–4 kg samples (total in the range 60–100 kg) were grabbed from over stockpile at a fragment size of generally <10 cm. Each sample was sent to the laboratory for a 500 g cyanide leach (LeachWELL) pulverise-and-leach (PAL) assay. 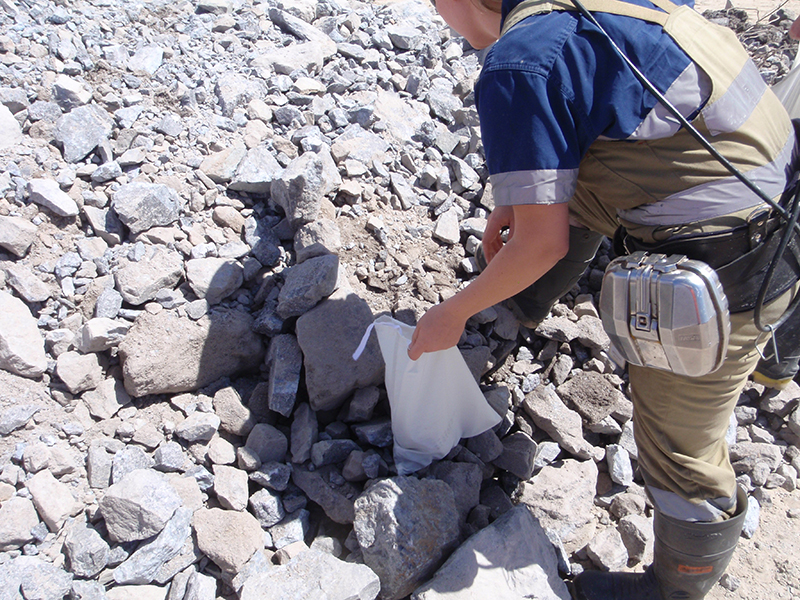 This study showed that the use of grab samples to assess grade was problematic in the extreme. Most stockpiles were sent to the mill as ore. This was, in part, related to a higher proportion of gold in the fine (<1 cm) fraction, thus biasing grab samples high. An important point to note is that each grab sample or group of 20 grab samples did not represent the stockpile. Grab sampling is prone to chronic sampling errors (e.g. FSE, GSE, IDE and IEE). FSE calculations indicated that a 25 t sample would be required from each stockpile to achieve an acceptable FSE of ±20 %.

Improved approach: Grade control subsequently re-focussed to use the diamond drilling, which was closed to a 12 × 12 m spacing. LeachWELL (1–2 kg) was used for all samples and grab sampling was stopped. The resource model was also improved via the use of an optimised kriged block model. A managed low-grade stockpile was introduced. As a tangible result, reconciliation improved to be within ±10 % for grade and tonnes within six months.

Where the money went: It was hard to evaluate the unnecessary cost effect of the grab sampling, but best estimates were that between Aus$2–4 M was lost by processing misclassified waste, and Aus$5–7 M in gold lost by misclassifying ore as waste for a benchmark 12-month period—making it likely that potentially between Aus$7 M and Aus$11 M were lost per year.

The cost of grab sampling is very nearly always high, and never higher than in gold mining operations.2 Professional auditing is cheap compared to the amount of money saved! Lessons for upper management: if ever the term “grab sampling” is observed in a report, fire the relevant supervisor, get a professional audit, train staff at all levels on proper TOS procedures and enjoy the reaped economic benefits. 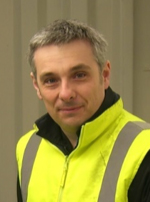 Dr Simon Dominy is a mining geologist-engineer with over 25 years based in operations, consulting and academia. He has experience across mine production, corporate business development, and multi-disciplinary studies. Simon has a background in underground operations management and technical/leadership roles, with multi-commodity and continent experience. He has worked across the mine value chain from project studies, through to mine reopening/development, operations and operational improvement. He is a Visiting Associate Professor at the Camborne School of Mines, University of Exeter, UK, and holds technical roles with Novo Resources Corporation, Artemis Resources Ltd and OCX Gold Group.