Between the devil and the deep blue sea

Sampling for analysis is a multi-stage operation, from extracting a primary sample, via sub-sampling… towards the final analytical aliquot. At each stage, a sampling error will result if not properly identified, reduced or eliminated, collectively adding to the error budget. Nobody wants the total measurement error to be larger than absolutely necessary, lest important decisions based thereupon are seriously compromised. Many unknown hidden costs can be found between sampling and analysis: lost opportunities and a lot of bold, red figures below the bottom line. In a previous issue, one of the peers of the world sampling community Pentti Minkkinen presented an extensive feature on the economic consequences of not engaging in proper sampling in this critical interregnum.1 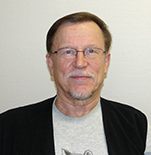 Pentti Minkkinen received his MSc (eng.) from Helsinki University of Technology in 1969. He then worked as an Associate Expert in two UN Development Program mineral exploration projects in Turkey and in Egypt before completing his graduate studies at Helsinki. In 1976, he started as Associate Professor (Inorganic and Analytical Chemistry) at a newly founded University, Lappeenranta University of Technology, from which retired as full professor by the end of 2007, after a 40+ year tenure. Here he started teaching the theory and applications of sampling in 1978, soon also chemometrics, as an important part of process analytical chemistry. He has been lecturing sampling at undergraduate and graduate courses at several universities, at professional continuing education courses, and at numerous conferences and at industry courses. After retirement, he worked three periods as Visiting Professor at Aalborg University, Campus Esbjerg, Denmark in Prof. Esbensen’s research group (2007, 2008 and 2009). In 2012, he founded Sirpeka Oy from which he offers consulting services on sampling, analytical quality control and in chemometrics. At his old university, now amalgamated and named Lappeenranta Lahti University of Technology (LUT), he continues his scientific career as Professor emeritus. Prof. Minkkinen was the founding chairman of the continuing biannual conference series, Scandinavian Symposium of Chemometrics. He was also co-chairman for the first World Conference on Sampling and Blending. He is the founding chairman of the Discussion Group of Chemometrics in the Finnish Chemical Society. He has published ~80 papers on chemometrics and sampling in refereed journals and conference proceedings; his invited and contributed lectures in various conferences and symposia contributions is close to 200. He has received three international awards: The Kowalski Prize in Chemometrics (2002), the Herman Wold Gold Medal in Chemometrics (2007) and the Pierre Gy Sampling Gold Medal (2007); he is the only recipient of all three distinguished awards.