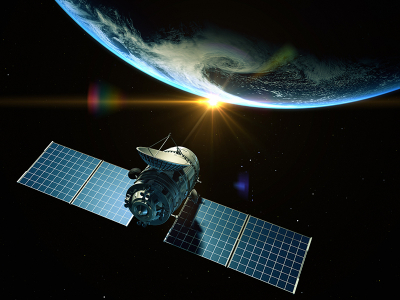 A project led by the University of Strathclyde, UK, is investigating the production of a multispectral imaging (MSI) device which is a fraction of the size of conventional instruments. It could be installed in nanosatellites and used to monitor climate change, observe the activity of oceans, detect forest fires or track shipping traffic.

The study has received £719,000 as one of seven successful projects to secure funding from the UK Space Agency’s (UKSA) Centre for Earth Observation Instrumentation (CEOI). Researchers from Strathclyde’s Department of Physics are working with partners, led by product design company Wideblue, to produce MSI technology with a compact payload. It will be designed, built and then tested by taking images during a flight attached to a drone.

Dr Daniel Oi, a Physics Lecturer at Strathclyde and lead researcher in the project, said: “Because of the novel way it operates, this instrument could open up ways of doing Earth observation which are different from conventional operations. As nanosatellites are smaller, they don’t have the capacity to take a lot of data, process it and communicate it. The technology we are developing allows us to reduce the amount of data collected, with sensitivity to specific events or targets, and will enable more efficient monitoring of Earth. Instead of a small number of very expensive MSI satellites, our instrument could be mounted on many nanosatellites to monitor the globe continuously. No satellite can be in two places at once, so operating in this way can enable the right data to be collected at the right time. The early results of our research have been highly promising, and the project is part of a significant and growing space industry in Scotland.”

The project’s partners also include two Strathclyde-based research centres, the Scottish Centre for Excellence in Satellite Applications and the Centre for Signal and Image Processing. The project’s principle of operation—an innovation on a Single-Pixel Camera—originated in research performed at the UK Quantum Imaging Quantum Technology Hub (QuantIC), in which Strathclyde is a partner.