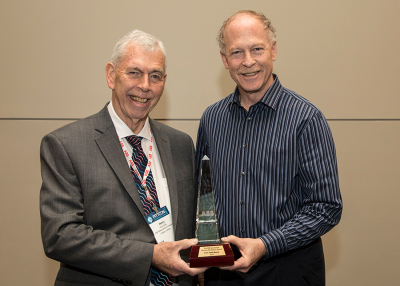 Keith Nelson has received the Bomem–Michelson Award. He received his PhD in Physical Chemistry from Stanford University in 1981, and after a postdoctoral stint at UCLA he joined the faculty at MIT in 1982. He has worked on discovery of new light–matter interactions and their exploitation for spectroscopy and control of coherent acoustic waves, lattice and molecular vibrations, excitons, spins, and their admixtures with light. He has developed novel methods for study of solid-state chemical reactions, crystals near phase transitions, glass-forming liquids, electronic excited-state dynamics, thermal transport and matter far from equilibrium. He has pioneered tabletop generation of strong terahertz-frequency fields and non-linear terahertz spectroscopy.