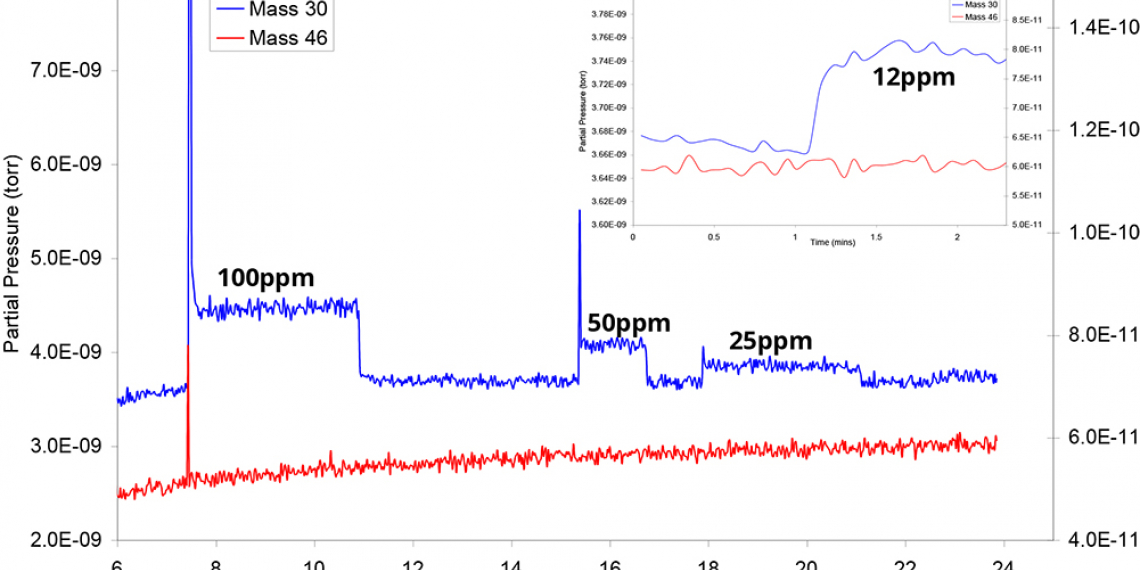 One important aspect of catalysis research is the reduction of NOx in such applications as car exhausts and power plants. This research involves many challenges in meeting current emission legislation whilst keeping catalyst cost low. Several NOx reduction technologies have emerged in previous years, some of which have now been commercialised including selective catalytic reduction (SCR) with NH3, urea and hydrocarbons, and NOx storage and reduction (NSR). NSR technology consists of two cyclic steps that occur on a lean NOx trap (LNT) catalyst. The LNT catalyst readily stores NO2 as compared to NO. For this reason, NO should be oxidised to NO2 to achieve an acceptable level of NOx storage. This application note describes the measurement of NO2 using the m/z 46 peak and the NO/NO2 ratio in a research application using the Hiden HPR-20. The data highlights the ability of the QIC series gas analysis systems to deconvolute and quantify low levels of NO in high concentrations of NO2.