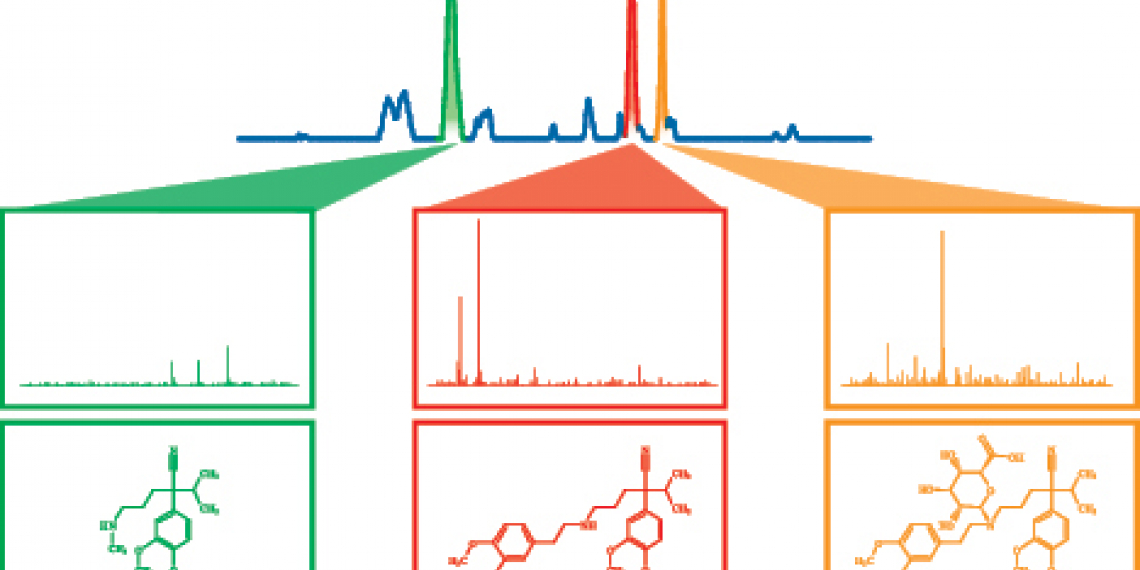 MetaSense™ overcomes these challenges and allows users to save time and improve collaborations via:

LC/MS datasets across four incubation time points were batch processed. Parent structure files, along with the datasets, were automatically processed within the new software routine.

The predicted metabolites were restricted to phase 1 and 2. Metabolite target lists were generated in three parts:

i.  A regio-selective model was used to predict expected metabolites.

A summary of the data was automatically generated and updated to an interactive knowledge database upon completion of the data processing routine. As shown in Figure 4, both the predicted and unexpected metabolites were combined into a single biotransformation map, where all mass spectra were associated to each of the structures. A summary table of all detected components was generated from the peak areas of the parent and metabolites across all incubation times. Peak areas from the summary table were graphically represented as stability and kinetic plots.

A java based web portal was designed to communicate the results and increase collaborative efforts. The viewer in this case includes a display of the biotransformation map as the main feature. Users have several search options: